There’s going to be a new Warhammer, and it’ll be called Warhammer: The Old World.

It’s the old Warhammer, back again because people missed it.

In 2015 there was a world-changing event in Warhammer: The Game of Fantasy Battles. The supreme champion of the gods of Chaos, Archaon, managed to destroy the world.

Archaon’s success caused everything to collapse into the void of Chaos. That’s the event which leads on to the Age of Sigmar.

Games Workshop must be happy with Sigmar, as its a best seller. In their announcement they write:

And over the past four years, Warhammer Age of Sigmar has become by far, the most successful fantasy game ever.

So why a return to the Old World? Nostalgia.

Games Workshop misses the classic Warhammer fantasy world. They likely calculate that many in the fanbase do as well.

We won’t be getting this new range any time soon. The British games company estimates it might be two, three or even more years before the Warhammer: The Old World leaves the studio as a finished project.

That said, The Old World now has a dedicated team. It’s a real project, not wishful thinking.

The Old World is to Warhammer Age of Sigmar, as the Horus Heresy is to Warhammer 40,000. The bedrock of lore from which mortals rose to godhood and legends were forged. And like the Horus Heresy, seeing those mythic heroes in action has an undeniable appeal, as does re-creating the glorious armies of a previous epoch – an exciting proposition for hobbyists and gamers alike. And now, we have a dedicated team in the Warhammer Studio beginning the work of bringing all that awesome back to the tabletop. 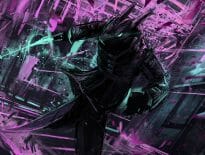 Tabletop & RPGs Which genre is the most dangerous? 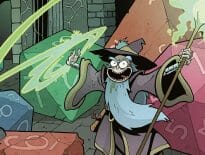