You are here: Home / Games / Tabletop & RPGs / Which genre is the most dangerous?

In your gaming life, which genre of game has been the most dangerous? I don’t mean whether the game was a platformer, shooter or RTS. In this case, genre refers to the literature and setting inspiration like fantasy, sci-fi or western.

In my case, even though I’ve played more fantasy games, it has been sci-fi settings that have killed me the most often. Excluding horror, that is.

As it happens, Geek Native readers were recently asked a similar question if they wanted to win a year subscription to The APERTURE Guide. This new monthly series from publisher Curious Monk contains a set of different genre adventures that come freshly delivered by DriveThruRPG to your inbox.

The most common response? Sci-fi. Once again, we took horror out of the picture.

Sci-fi was the clear winning taking 33% of votes. Westerns make it into second place with 20% of the votes.

I asked Marin O’Connor of Curious Monk what the most dangerous genre of The APERTURE Guide’s adventures actually was.

That depends on what is meant by ‘most dangerous’, as there are different ways to interpret the question.

If we assume that the question is “Which genre is most likely to kill characters and wipe groups?”, and we limit the scope to the October 2019 issue and even include “The Edge”, the answer is likely the Western “Poughkeepsie”, as armor and magic are not available and Red’s lieutenants are quite strong. Tweet, alone, has killed off an entire group before in tests. If he gets involved in the fight and isn’t pressured, he is vicious.

Life Lesson: Never leave a sniper to his own devices. His devices can kill you from 900 feet away.

If we open up the question beyond the October issue and speak more generally, the answer is more dependent upon the story (not necessarily the genre) and the Guide running the game. Most Scenarios leave a lot of room for Guide interpretation, from deciding the Need for Targeted Effects to how enemies behave, and this can lead to lethal outcomes very easily.

FWIW: The most dangerous Scenario we’ve produced thus far is coming out in the November issue later this month, and it’s certainly not a horror game.

Which genre do you think is the most dangerous?

Let’s try again and experiment with using Google forms to collect the data and a live pie chart of the results to visualise answers.

Let’s define danger as “threat to wellbeing” and leave it at that. That might be life and limb, that might be mental health or even spiritual health. It’s your danger we’re talking about, so it can be your decision for what counts as dangerous.

If you answer the poll question, you’ll be given the option to see the latest results in the system.

The pie chart below uses the same data, imported straight into Google Sheets and then drawn. Hopefully, it’ll be no more than a minute or two behind. It all depends on how often Google defines “automatically republish when changes are made”.

You will likely need to refresh (Control + refresh F5) the page after voting to see how you have modified the chart.

Which genre is the most dangerous? 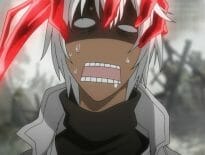 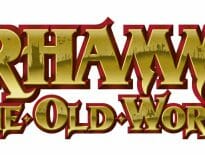