You are here: Home / TV / Anime / Surprise, you’re an evil princess: A review of The Relative Worlds

I had the pleasure of watching director Yuhei Sakuragi’s The Relative Worlds (Ashita Sekai ga Owaru Toshitemo) on the big screen, in the Filmhouse as part of the Edinburgh leg of Scotland Loves Anime. It’s a beautiful anime, and the cinema-sized screen makes a difference.

Tickets to The Relative Worlds were booked simply because of the Scotland Loves Anime festival, not because I knew anything about the feature-length. As it turns out, this was an excellent way to enjoy the story.

After the impact of the animation style wears off, you’ll realise what just happened. A woman just dropped dead.

At this point, I thought I was watching a slice of life anime with a bit of a supernatural mystery woven in. Often, that setup is the sort of script that’s attached to animations that make a simple walk through a park turns into a living painting.

Then you discover that lots of people have dropped dead. It just happens now and then. No one knows why and people are scared. Could it happen to them?

Before you know it, a character who looks exactly like our hero character teleports in from a different dimension and seems on intent on killing the would-be (but frustrated) love interest.

Fear not, in that other dimension, the would-be (but frustrated) love interest is an evil princess who has sent two killer robot-AI-assassins-clones to kill our hero character.

So, a would-be couple in one reality is trying to kill each other from another.

Why? If you die here, then you die there. The reason why people have been dropping dead over here is that they’ve been dying over there.

… and that’s when the plot takes it up a notch, and things start getting a bit more complicated.

I rather enjoyed The Relative Worlds. Right now, IMDB gives Ashita Sekai ga Owaru Toshitemo a score of 6/10. I don’t like assigning points to things in reviews these days, but scraping a passing mark feels very harsh on the anime.

I’m going to recommend it.

The pacing is absolutely right. It ratchets up the drama, escalating to one final fight (as so often happens) but does not feel rushed (which rarely happens).

Action scenes were fast and frantic, never dragging on, but lasting long enough to reveal the true scope of epic victories.

Characters improve, learn and develop as you would hope and as required. I tend to get annoyed at sulky teens in anime but even couldn’t blame Shin for being a little depressed. So many people in his life had simply fallen over dead – often while holding his hand.

Furthermore, Yuhei Sakuragi had ample opportunity for a bit of fan service and largely eschewed it. There’s one heart-to-heart scene in a bath, yes. However, the camera never lingered on butt or boobs and ephemeral scenes so often illustrated as floating naked people kept people fully covered.

As a result of the above, The Relative Worlds is something of a juxtaposition between innocence and hardship.

In one sense, it’s the protection of your own relatives that allow you to maintain your own innocence. Then the hard choices that reality take that away from you as you grow older and have to make do without their support more often.

That’s weighty commentary for an anime which might also be described as bio-cyborgs battling it out with swords and shields.

It’s absolutely worth a watch.

Surprise, you’re an evil princess: A review of The Relative Worlds 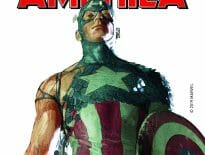 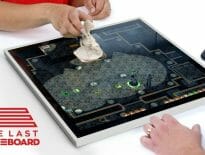