Scout is back with another collection of anime mini-reviews. What’s hot, what’s not? We’ll soon find out.

In this article, you’ll find a half-dozen anime titles put under the microscope and reported on. Some are worth watching, some get worse after a strong start, and some get better. The idea is to save you time if you’ve heard of a show and are wondering whether it’s worth it then maybe these scout reports can help. Or perhaps you hadn’t heard of the show at all, and this scout report has put something interesting on your radar.

After each review, you’ll find a micro-stat block. This will tell you the current rating of the show; good, bad, meh, dropped or a similarly terse description and a link where to find it. Geek Native is based in the UK, and if a show isn’t accessible, it may be due to different geographic licensing agreements.

This sneaky anime is trying to teach me science.

I forgive it, though, because although it can weird at times, there is a charisma to it and plenty of action. Our hero is in a struggle to save humanity and return us to the path of science, against him is a brute who sees adults and learning as the root of all corruption.

That’s not what I mean by Dr. STONE being a bit weird at times. Given half the chance the animation style will cut to what might be best described as a troll-face view. Characters scrunch up their face or bulge their eyes in shock, horror or surprise (or just squinting to see).

Status: Quirky, but good
Where: Crunchyroll

I struggled to reach the end of this series, but it does pick up dramatically towards the end. The final double-episode finale is pretty good. The mercs, supposedly the baddies, are pretty cool.

Glad I made it to the end. Doubt I’ll make time for Season 2.

An ‘American anime’ is that’s such a thing. Seies Manos has Mike Colter (Luke Cage) as a big, burly, American agent trying to muscle is way around Mexico. Meanwhile, Danny Trejo is a crime boss with necromantic powers.

In the meantime, our heroes seem to be Mexican orphans who were adopted by a mysterious Chinese mystic who taught them martial arts.

I nearly stopped watching one I realised Netflix had swapped in an American show into its list of recommended anime for me, but I’m glad I didn’t. I watch it at night when I’m too tired to read subtitles.

Status: Sticking with it.
Where: Netflix

We don’t really go anywhere in season 1. We meet a small army of exciting characters, many with detailed flashbacks.

Our groups of people have woken up on a future Earth, complete with dinosaurs, monsters and other mutants. The main danger is… other people. Yeah, you’re not surprised at you?

The character stories are great. The set-up is brilliant. What keeps this being a better show is the lack of “so what?”. You can’t route for any interesting character because there are too many and your instincts are not to get attached to anyone.

I see why people like the show. It develops. Yes, there are fights but the show loops back to the core concept of trying to be a demon slayer while protecting a demon. It does so in interesting ways.

I’m reminded of Bleach when Bleach was being good. That’s to say; more than tougher fights beaten by the appropriate level of angst and more into the politics of the world and the character motivations.

Demon Slayer is bloody and brutal, but it’s not a Devilman Crybaby. It’s not even a quarter of that level of brutal, but it’s more splatterpunk than most of the shows on Crunchyroll. Demons don’t die easy.

I think the show lives up to the hype. 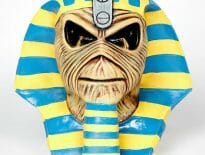