You are here: Home / Games / Tabletop & RPGs / Oathsworn: Into the Deepwood becomes a million-dollar board game

Back in June, Geek Native wrote about Oathsworn: Into the Deepwood. The game looked ambitious then, a mixture of story and battle, using two boards and some very impressive models.

Oathsworn hit Kickstarter this week, on schedule, and after just a few days of funding, it’s approaching $1.5 million in pledges, off a goal of $50,000. You can check it out and pledge on the campaign page.

There are three pledge tiers. $99 will get you the game, the companion app, standee encounters in mystery envelopes and any stretch goals. Those standees are instead of the models that must be a big part of the attraction for some backers.

To get the game as intended then you’ll need to pledge $179. That adds 47 large models.

Those models come in a ‘mystery chest’ and are individually boxed. The idea is that you get a suitable surprise when your hero has to fight one of the horrors. Players are being asked not to share pictures or spoilers if they look into the boxes.

The third tier costs $299 and adds in a terrain pack and the armoury box of customisable characters, metal coins and a map pack.

The stretch goals are being smashed, and several new characters have been added.

Oathsworn: Into the Deepwood playthrough

Several YouTube channels have covered the game, but I especially like OnTableTop’s run-through of the battle turn for a precise but thorough playthrough example. That’s over an hour of video.

Oathsworn: Into the Deepwood becomes a million-dollar board game 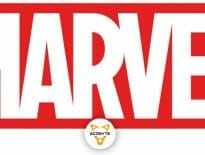 Books Marvel signs a multi-year deal with gaming giant A…