You are here: Home / Books / Comics / Extinction Rebellion: A review of Snowpiercer Extinction

Snowpiercer Extinction is the prequel to the graphic novel Snowpiercer which Geek Native rather likes. There’s a movie that I’ve not yet seen and a TV show coming next year too.

Prequels usually have the problem in that we know how they turn out. In Snowpiercer, the remains of humanity are stranded on a train which circles the frozen planet in an endless loop. It’s a horror show on board, sometimes dark, sometimes brutal, occasionally surreal and sometimes all three at once.

In Extinction, we get to find out what happens to Earth and how come there are survivors to the apocalypse at all.

Jacques Lob died in 1990, and there have been different authors on the series since then. Benjamin Legrand wrote the sequels The Escape and The Explorers, while in 2015 Oliver Bocquet penned the conclusion Terminus.

Matz, aka Alexis Nolent, steps up for the prequel and pens a very different story. This isn’t a horror or a chiller, this isn’t an exploration of the minds of men. This is an action thriller, and it’s an environmental one.

As the events in Extinction kick-off, a growing percentage of the population know that the politicians, poachers, petroleum giants and profit hunting internationals are killing the world. There’s anger, and there are riots.

Extreme environmental groups start taking direct and violent action. They murder people, they blow up boats and fight with one another as to whether they’re doing enough.

Meanwhile, a charismatic Chinese businessman is also convinced the end is coming, and it’s near. He plans to build the train, it’s even his engineering skills, and he’s rich enough to make it happen.

There are nearly 100 pages in Part 1: Extinction of Snowpiercer. They’re not all blue and dark, the world isn’t dead yet, there’s colour, and there’s fire. There are guns, jungles, skyscrapers and all those things that feel real.

However, there’s also the unusual and the strange. None of the violent groups actually feel like the real world’s Extinction Rebellion. While the story is gripping, I worry that the track it puts us on will take us to an unlikely and unbelievable end of the world.

The horror and beauty of Snowpiercer are that it always felt real enough to be possible. It’ll be a shame to lose those.

My copy of Snowpiercer was provided for review. The graphic novel was published in September by Titan Comics and is available for purchase. 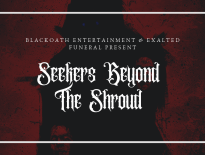 Tabletop & RPGs Seekers Beyond The Shroud: A solo occult RPG 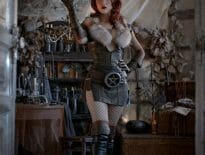