You are here: Home / Games / Tabletop & RPGs / [Poll] How do you pronounce Tiefling?

Tieflings have been part of D&D since the second edition of Advanced Dungeons & Dragons. They were part of the original Planescape (1994) and were part-human and part-lower-plane, but not half-fiends.

Their big break, so to speak, came in 2008 when where made a playable race in the Player’s Handbook for D&D 4e. In other words; they were one of the first races illustrated and detailed in the rules.

In D&D 5e the Tieflings once again made the list of playable races in the Player’s Handbook. A variant Tiefling build later appeared in Mordenkainen’s Tome of Foes.

No edition of D&D presented Tieflings are inherently evil. In D&D 3e and 3.5 they tended to have a strange air around them that made people uncomfortable. In D&D 5e it was suggested many Tieflings ended up becoming evil due to the prejudice they encountered.

In Pathfinder, mainly due to the limitations of the Open Game License, Tieflings are present too; as Hellspawn.

How do you pronounce the word? There are three common usages;

Which do you use?

Do you some use strange fourth option? Let us know in the comments below!

“Tief” (pronounced teef) is a German word meaning deep. The suffix “-ling” is often used to indicate children or offspring (younglings and foundlings in Star Wars, koopalings in Mario, etc).
“Deepling” certainly sounds like another word for a spawn of demons and devils.
The other two just sound like someone’s rooting around for a pronunciation when they can’t figure it out.

[Poll] How do you pronounce Tiefling? 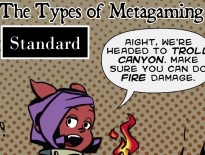 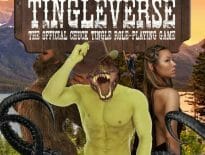