Sebastian McCoy, aka DM Clockwork Dragon, has been running a Patreon account in which gamers got to access to material in exchange for a $1 subscription.

The content offered had not been created by DM Clockwork Dragon and was copyrighted third party material from the DM’s Guild and Wizards of the Coast.

The issue came to public attention on Twitter when @FNDungeonMom noticed and wanted to make sure creators were not loosing out on sales.

DM Clockwork would offer bounties of cash or rewards to others who contributed to the collection.

In the Discord run in conjunction with the project, DM Clockwork appeared to believe he was doing nothing wrong. He suggested that online content falls under fair use (it does not) and creative commons licensing (it does not).

Content that is distributed as creative commons is marked as such, forgoing the copyright claims that the content in his archive had. Fair use, is a mostly American term, but it tries to acknowledge when limited use of copyright material happens for the public interest. It usually applies to blogs or newspapers showing limited clips or photographs to support a story.

As a result of the outcry, both Patreon and Wizards of the Coast contacted McCoy.

The Patreon account is currently suspending pending review, although McCoy had indicated to his followers he was going to pull the project until he could continue legally.

In the last few hours, McCoy has confirmed that Wizards of the Coast have been in touch with him at a DMCA delivered (Digital Millennium Copyright Act).

McCoy still intends to re-open as a library. He writes;

I’m aware that there are proper channels that exist for redistributing content as a library, And I plan to pursue those. I will also likely make it possible for people to donate to the library once it is established, either in the form of content they have produced, or in the form of money to help pay for whatever licensure or so forth that will be required. but I have a lot of work to do for those things to happen, and to earn back the trust of the community. It might be a couple of years. In the meantime, Hopefully my future actions will outweigh those of the past.

If you want to continue to hate me, that is up to you. I will never be able to please everyone.

Piracy is a common problem in the RPG industry. Before the takedown and Patreon suspension, nearly a hundred people were supporting DM Clockwork’s project – paying money, just not to the creators responsible for the project.

In May, Limitless Adventures offered to give their content away for free to anyone who couldn’t afford the few dollars their PDFs cost rather than have those fans turn pirates and break the law.

23rd August Update: DM Clockwork Dragon’s Patreon has returned and without the copyrighted material as a reward.

Geek Native has tried to reach McCoy. This post will be updated if he offers a comment.

Hi there, I’m Paige Leitman – the image above credited to me was actually from @FNDungeonMom or someone else who replied to the Twitter thread – not me. :-) Please revise.

Thanks for the correction. Wow; Twitter does not make it easy but I found that same image also embedded into a tweet. I think that’s the true source now. Edits made.

I don’t show the Pateron as being suspended… has it already been reviewed and allowed to continue?

Wow, yes. Looks like it’s back with the copyrighted material no longer part of the rewards.

I’ve often wondered how More Purple More Better does that. 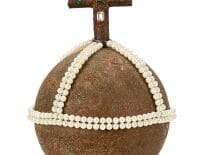 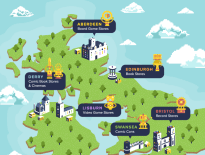