You are here: Home / Geek Stuff / Research into the geekiest cities in the UK is full of surprising data

Financial company On Stride turned their maths skills to discovering which of the UK’s twenty largest cities was the geekiest.

To begin with they agreed on a definition of geek and went with urban dictionary. A geek has a social life and one or more passions.

The next step worked out how many these seven each city had in comparison to its size.

Aberdeen came out top. The Granite City has 1.43 board game stores for every 100,000 people. That’s a ratio no other city in the top 20 can beat. There was no category in which Aberdeen was not a dominant player.

Bristol has more record shops than any rival and Edinburgh has more bookshops.

In fact, Scotland had 2 out of top 5 city placements and Northern Ireland another 2.

Surprisingly, only two more English cities; Portsmouth and Liverpool make the top 10, in positions 9 and 10. Swansea and Cardiff, in Wales, take posts 6 and 8 while Scotland’s Glasgow settles into position 7.

Perhaps most surprising of all is that Birmingham, home of some of the most significant geek conventions, is rock bottom in place 20. 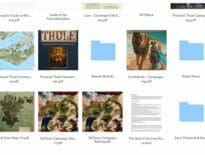 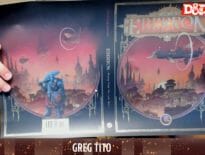 Tabletop & RPGs What’s going on with Eberron: Rising from th…
💰 Copper Coins 💰 Geek Native is an affiliate and may earn commission on purchases you make from third-party sites.
🍪 Privacy & Cookies 🍪 The site uses cookies to survive. By accessing the site, you agree to use your browser to control cookie use or take 1d4-3 privacy damage (tracking). If you defeat cookies via ad blocking, please consider the Patreon. An intro to cookies, and how to control them, can be found here. I Manage Cookies