You are here: Home / Geek Stuff / Superhero Week: What are the most popular superhero costumes?

I’m sure you’ve seen it with your own eyes. Superheroes have fashion spikes.

Whether it’s cosplay for the local convention or dressing up at Halloween, there are years dominated by certain heroes while other characters, even if they’re well known, that just don’t get much attention. After all; you don’t see many Swamp Things wandering around at Halloween, do you? Perhaps the short-lived TV show will change that this year.

Precisely, though, which are the most popular superheroes for costumes? Who is winning the battle of the fashions? As it happens Halloween Costumes.com, a popular destination for Halloween shopping, publishes top 5 lists for men, women, boys and girls. Last year the winners were Batman, Wonder Woman, Black Panther and Violet (from the Incredibles).

I spoke to Angela Poch, a marketing specialist at Halloween Costumes, someone with an eye on both the sales of the year and the search trends, and pestered for a top 10.

When it came to male superhero costumes, Angela said;

Batman remains perennially popular as do the Joker and Harley Quinn along with his other adversaries, even if there hasn’t been a recent Batman movie. Deadpool and especially Spider-Man have been popular for the guys after their movie releases. (We’re predicting that Spider-Man costumes will be extra big after both Into the Spider-Verse and Far From Home.) Black Panther was also a hit last year, so he’ll probably still keep some of that popularity this year. The Shazam movie also did really well, but we don’t have many of those costumes in stock yet to be able to gauge their popularity.

What about female fashion? Anything to watch out for there? Angela told me;

Wonder Woman is still big for ladies (especially with all the little reminders that Wonder Woman 1984 is still coming), and Captain Marvel did well enough that those costumes are projected to be big for Halloween this year. Spider-Gwen may also have a bit of a boost after Into the Spider-Verse brought her to the big screen as a character. The Incredibles have also been very popular after their movie came out last summer, especially for those families that like to take photos of themselves wearing stuff that matches. (Mommy and me and daddy and me clothing stuff has been really popular for the past year and it doesn’t look like that fad has stopped yet.)

I put one final question to Angela. One that always bugs me.

When is the best time to buy a Halloween costume? You want to be early enough that the best costumes don’t sell out but not so early that you miss the best prices?

As for the best time to buy a Halloween costume, it usually depends if you’re looking to get a new, trendy costume or if you’re getting something that’s not from popular media. For example, if your child wanted to be Captain Marvel, which is a new Halloween costume this year that is also going to be trendy, you’ll want to check the sales around major American holidays. (We are based in America even though we do sell internationally, so you’ll want to check for holidays like Memorial Day, Labor Day, Christmas, Easter, etc.) It’s best to snatch the trendy costumes up before Halloween with one of the sales because they probably won’t go to clearance prices until after Halloween, and there’s also the potential for them to sell out. One other strategy would be to sign up for emails and offers. We do periodically have coupons throughout the year, as well as reminders for when we’re having a sale, so there are plenty of opportunities to get your favorite costume on sale.

If you’re simply looking for a costume that isn’t from a recent movie, tv series or video game like an animal costume, a cowboy or something else along those lines, you have a few options depending on how risky you want to be. You can buy your costume when you see that we’re running a sale if you’re still worried about us selling out of it closer to Halloween. However, many costumes will start hitting the sales in the last week before Halloween in an effort to have less overstock after the Halloween season ends. (Granted, you may also have to get expedited shipping so you get your costume on time if you wait that long.)

What are your predictions for which superheroes will be popular this Halloween? Let us know in the comments below or teleport to a new Superhero Week article.

Superhero Week: What are the most popular superhero costumes? 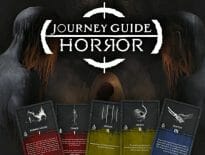 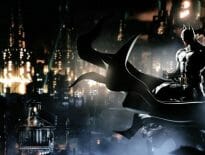 Comics Superhero Week: Does Batman Really have superpower…
wpDiscuzComment Author Info
Manage Cookie Consent
This site uses cookies 🍪, and links are ads that may earn bloggers some money 💰, and with this alert, I very much hope that these dark truths 🧌 are acknowledged.
Manage options Manage services Manage vendors Read more about these purposes
Preferences
{title} {title} {title}
Loading Comments...