You are here: Home / Books / Comics / Superhero Week: Does Batman Really have superpowers?

Batman – one of the world’s greatest superheroes, minus the ‘super’ part. Despite his vast wealth, an array of crime-fighting gadgets, incredible strength, fabulous sidekicks and allies, and an enormously rich skillset Bruce Wayne is really just an ordinary man underneath that cowl. Perhaps it’s because of that perfect mix of relatability and fantastic elements that he’s still beloved worldwide eighty years after his first appearance.

But what if everything we thought we knew about what Batman is… was wrong?

Well, not everything. But there are some profoundly fudgy elements in Batman’s ‘powerless’ characterisation.

Since Bill Finger and Bob Kane created him in 1939, writers over the years have let Batman slide back and forth over the line between human and metahuman. He has gained temporary psychokinetic powers in the Silver Age with alarming regularity, become strong and smart to a degree beyond the limits of all humanity, and has even ascended to (temporary) godhood.

Is he really a superhuman but DC Comics just won’t admit it?

Here’s our argument for.

Batman’s brain might be the absolute best on Earth, if not the entire universe.

Canonically, he speaks ten languages, is renowned as a master tactician, held dozens of degrees in science and engineering before the age of 26, moonlights (or daylights?) as a forensic scientist, mechanical engineer, and geneticist, and has a tested IQ of 192-240+.

This easily places him in the top millionth percentile of humanity for both results and attainment. If he doesn’t possess inhuman smarts Batman is, at the very least, a superhuman master of time management…

Batman has another intellectual royal flush hidden up his Batsleeves. It’s openly stated by DC that Batman’s ability to dodge projectiles and come out on top in fights is because he’s able to visualise every event perfectly before it happens.

He’s also been known as The World’s Greatest Detective since the 1940s. The number of times Batman’s hunches have been wrong can be counted on the spikes of one Batarang. Even Sherlock Holmes had the occasional off-day…

Batman has regularly performed feats of strength that stretch the limits of human physiology and the laws of physics. He’s landed punches on Superman that actually hurt. He’s leg-pressed a locomotive for fun. He’s karate chopped more than one gun in half. Like an ant, he seems to be able to lift and push loads many times greater than his own weight when fighting villains such as Solomon Grundy, Bane, and Killer Croc. It’s much more than intense training or anabolic steroids could explain away…

Batman is never troubled by cuts, bruises, asphyxiation, electrocution, or broken bones. He’s recovered from an incurable, severed spine that left him partly paralysed in just 18 months in 1993’s infamous Knightfall, cured himself of Joker’s corrupted blood in a mere week through sheer willpower alone, and returned to the silver screen with critical acclaim just 8 years after the terminal humiliation of appearing in Batman and Robin (1997).

Aside from inheriting enough money and fame to use ‘billionaire playboy philanthropist’ as his cover story without anyone raising questions, Batman always rolls a six at work.

While his extensive skills do tilt the scales in his favour, he escapes deathtraps, close calls, tough fights, and outright warzones and terrorist attacks completely unscathed. He does this regularly. Even as a near-powerless child in Gotham (2014), Master Wayne has miraculously survived seemingly endless hostage situations, kidnappings, and riots.

However, Adam West’s 1966-68 portrayal may be the purest available example of ‘Lucky Batman’. He and Robin successfully escaped every fiendish and utterly lethal method designed to finish them off in every single one of his 120 episodes.

Batman tends to ‘borrow’ superpowers every other week from other heroes to match whatever his current predicament demands. His friendship with Zatanna allows him to use exorcisms, alteration, and transformation magic when the plot requires. He’s been awarded both Green and Yellow Lantern rings, allowing him to travel in space and conjure constructs as Hal Jordan does. He’s even (temporarily) obtained the Mobius Chair, allowing him to teleport anywhere and access all knowledge in the known universe.

While these dramatic empowerments never seem to stick, they certainly add yet another dimension to how Batman actually works. If a magic ring or lasso can help make you a superhero, then on those grounds Batman easily qualifies. It’s pretty telling that his evil multiverse variants in Dark Nights: Metal (2017) had at least one permanent superpower each…

Batman just won’t stay dead. Despite his apparent ultra-rationality and distrust of mysticism, Batman has been brought back from the dead on multiple occasions. He’s come back via the Lazarus Pit, been repaired on a nano-scale by The Atom, created clones of himself in The New 52 to carry on his work, and cheated death through his allies travelling back and erasing bad timelines. Emperor Joker (2000) suggests he might even be a force of nature, reincarnated whenever and wherever Joker appears.

Batman has hung out with a five-dimensional imp in a jaunty bowler hat, a man called Arthur Curry who commands sealife to do his bidding, a guy cosplaying as the Mad Hatter, and a superintelligent gorilla without blinking or cracking even a mild smirk. If Clark Kent is the Man of Steel, Bruce Wayne has a Heart of Stone…

Given enough time, he’ll always win. The most persuasive fan argument for Batman having an exceptional superpower is that no artist will dare to have him fail or let him stay down and beaten for too long…

Do you agree? Is it possible that Batman has an undocumented superpower? This article is part of Superhero Week and if you don’t want to comment on the debate then you can always teleport to another random superhero article. 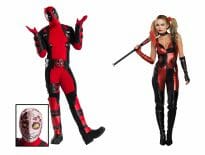 Geek Stuff Superhero Week: What are the most popular superher… 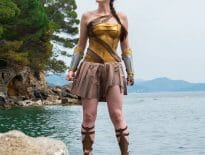