You are here: Home / Geek Stuff / We’ll only get two of Ultra Pro’s Dungeons & Dragons Figurines of Adorable Power this year

Ultra Pro may be best known for making those products that protect your gaming goodies like sleaves for cards or folios for character sheets, but they also design cute little models.

Already announced are the owlbear and red dragon options from their Figurines of Adorable Power.

Ultra Pro say a variant design for the owlbear will be due for GenCon, but they’re not yet ready to show it. Gen Con is August 1-4, and the expecting shipping for the standard (but adorable) owlbear and the red dragon is August 28th, so that does not leave much time.

There are four more models in the Figurines of Adorable Power range, but Ultra Pro is tight-lipped about which creatures they will be. They’ll be announced in 2020.

This may because they need the red dragon and owlbear to shine at GenCon before they distract fans with other options. A less likely, but an intriguing possibility, is that they can’t say as one or more of the unannounced monsters require Wizards of the Coast to officially herald them into the world of D&D first.

Also in Ultra Pro’s Wizards of the Coast dealings are two new character folios in the form of Mad Mage and Shadow Dragon which are both expected out in this summer.

Tabletop & RPGs Vampire: The Masquerade becomes only the second RP… 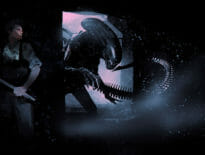 Tabletop & RPGs Alien RPG: Critical Injuries table
💰 Copper Coins 💰 Geek Native is an affiliate and may earn commission on purchases you make from third-party sites.
🍪 Privacy & Cookies 🍪 The site uses cookies to survive. By accessing the site, you agree to use your browser to control cookie use or take 1d4-3 privacy damage (tracking). If you defeat cookies via ad blocking, please consider the Patreon. An intro to cookies, and how to control them, can be found here. I Manage Cookies