Welcome to the 34th Irregular Reconnaissance: Anime. This is the column with an unpredictable publishing schedule that contains a series of punchy mini-reviews.

In today’s issue, we look at five new titles and give them a quick once over. Some failed to hold interest slide off into a pile called “It was supposed to be good – maybe I’ll try to watch it again” and others turn out to be fabulous finds that deserve a sequel.

Your views are important too. You’re a treasured anime gem hunter, one of the essential scouts able to sort through the stream and help highlight the shiny finds. Seen an anime that’s worth a watch? Let us know and be a hero.

Now, on with the show.

It was supposed to be good… and whereas it didn’t click with me, I know I’ll return to it later. I think. It’s been months since I hit episode 5 and then haven’t been able to prioritise it over other shows.

We meet Hanae Ashiya, who manages to get himself haunted by a yokai. As luck would have it, he meets an exorcist, the “Mononokean” too. I think moroseness is part of the problem. The principal character, the exorcist, is neither engaging nor mysterious. He’s just aloof. Hanae Ashiya just gets himself in trouble, and it’s hard to emphasise with him.

The goblins, the spirits, the yokai, on the other hand, are a world of fun. I’ll watch more of the anime (maybe) just for them. In the surreal underworld of Japanese spirits, there is the promise of some exciting mythology and adventure.

Status: Erm… on pause while there are better options.
Where: Crunchyroll | Amazon | Funimation

Alderamin on the Sky

A surprise hit! I’d heard nothing about this anime before (in the interests of science) jumping in.

Alderamin on the Sky is a sophisticated and compelling look at war in a low fantasy setting. The characters are real, well rounded and believable and yet novel enough to be worth watching. The anime is top notch with some fantastic costumes, action scenes and landscapes.

You’ve character development, danger, melee and military strategy. There’s politics at a personal and national level, hubris and sacrifice and all the ingredients for a fantastic story.

Taboo Tattoo is a bit of a weird one. It has good scenes and bad scenes in equal measure, and I suspect it’s the result of trying to take a long story and compress it into just 12 episodes.

The concept is excellent; ‘magic’ tattoos that enhance physical abilities. There’s whole lore around this, and that’s one of the strengths of the show. Our lead character, Justice Akatsuka, saves a guy and when he accepts the man’s thanks discovered the tattoo has been transferred to him.

Unlocking great power via a magical tattoo is actually a bummer as armies, cults, nations and the violently insane are all in on this secret war and now deadly interested in Justice. This works for me.

What doesn’t always work is the fan service, which can come at creepy times, and the surprising number of young girls who seem to be at the apex of their skill in contrast to battle-hardened marines.

Over at Crunchyroll, there are more 1/5 stars than anything else (2.5/5 overall), but I rate it higher than that. It’s a solid 3-star and could have been higher.

Status: Three-star; great in places, disappointing at times.
Where: Crunchyroll | Funimation (some regions only) | Amazon

Ah, yes, the telltale ‘episodes 1 to 3’ watched summary. This means I gave the show a shot, I really tried to let it win me over, but it didn’t happen. The opening scenes are full of promise, but then it disintegrates into meh.

Samurai are whipped from their period of history into a modern world and, as part of the process, end up looking like high school girls. They’re okay with this.

This is supposed to be a comedy. In the first three episodes, all of the gags (that I noticed) are based on ancient samurai being confused by the modern world.

I note the show generally reviews much higher, so maybe it gets betters in time, but I wasn’t prepared to suffer through any more to find out.

Status: I dumped it
Where: Crunchyroll

Hitori No Shita – The Outcast

The fact that there’s a second season and it is twice as long as the first is a strong signal that this anime was well received and met with commercial success. I can see why it’s a bit different but presses lots of anime-fan buttons.

We start with Cho Soran, a college kid, who we quickly learn can look after himself. He manages to stumble into a graveyard full of zombies and despite his skills is immediately in real danger. A strange and emotionless girl saves him, and that encounter speeds us into a world of secret and spiritually powered societies. The girl, Houhou, is a vital character and a huge part of the show’s success. Who and what is she? Her dead palm and sometimes robot-like delivery work and she’s a real wildcard in the plot.

Season two has the basics covered and so takes us off to a martial arts tournament. Here we get to meet more characters, get a better look at the strange world of powers that coexists with our reality and enjoy lots of action. More importantly, we get some character development and better insight into how the heroes work under pressure.

I know Hitori No Shito divides opinion, but I enjoyed it. You might enjoy it too.

Status: Enjoyed it despite a few weaker episodes.
Where: Crunchyroll

Have you seen any of these five shows? Would you disagree with any of these mini-reviews and their assessments? Sound off in the comments. 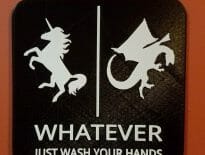 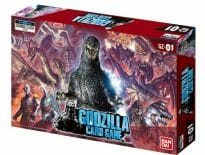