You are here: Home / Books / Comics / Deadpool vs the Watchmen

This fan video was released last year around the time Watchmen made it out, spotlighting the various characters alongside Marvel Comics’ fan favourite, Deadpool (who would later be turned into a mute Baraka-wannabe in X-Men Origins: Wolverine.)

Why am I posting a year-old youtube vid? Because they’ve done a sequel to the Rorschach and Deadpool segment, and it’s pretty entertaining:

(If you like this, you should definitely check out ItsJustSomeRandomGuy‘s youtube profile, there’s a lot more to love there. I’m especially fond of the Inglorious Basterds/District 9 parody.)

Deadpool vs the Watchmen 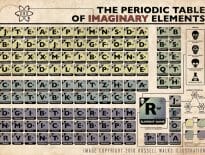