You are here: Home / Movies / The original Darth Vader

Crazy stuff. Not what I expected from the sith.

I wanted to raise the stakes. You’ll know that David Prowse played Darth Vader in the first Star Wars films and then that James Earl Jones‘ was dubbed on.

Have you heard Darth Vader lines before the dubbing? The original Darth Vader. The David Prowse Darth Vader? 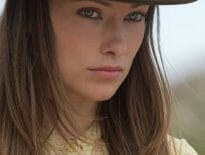