Hyper Light Drifter is a colourful 2D roleplaying game from Heart Machine that you can get on Steam or for the Nintendo Switch, Mac, PlayStation and Xbox One. It’s been out for a few years now and the reviews on Steam, nearly 10,000 of them, are Very Positive.

There’s a tabletop RPG coming. Metal Weave Games has secured the license and the next stop will be a Kickstarter.

Here’s a look at the 2D computer game.

That release trailer has had over one million views on YouTube. Hyper Light Drifter is a popular game.

Oh, and look at that art!

Metal Weave Games has demonstrated skill and passion for building evocative tabletop experiences. We are excited to see what they can bring to the world of Hyper Light Drifter,”

This is only the beginning of our big plans in tabletop for this captivating game. Hyper Light Drifter is such a rich and wonderful universe, and we expect to produce an equally evocative line of tabletop products that will last for years to come.”

Have you played the computer game? How do you rate it? 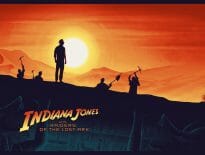 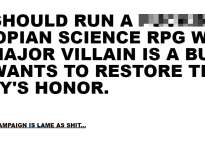