You are here: Home / Books / Comics / DC is preparing to axe Vertigo

Nothing has been confirmed but Bleeding Cool has been contacted by enough sources this morning about the impending closure of Vertigo that they’re confident enough to run the story.

DC closing Vertigo comes as somewhat of a surprise. Why? New contracts had been signed, new books planned, and the comic book industry is doing well.

On the other hand, Vertigo doesn’t seem to be doing as well as it once had. It lost (fired) founder Karen Berger. Berger simply moved to Dark Horse, who now has a deal with Netflix, and set up Berger Books. Berger’s successor, Shelly Bond, was also let go and she did a similar thing; moving to IDW and setting up Black Crown.

Bleeding Cool talks about the conflict between getting TV and movie deals and the creator-owned contracts that Vertigo so important.

After a proud presentation amongst Warner Bros vice presidents, then-chairman Alan Horn asked why more Vertigo series weren’t being turned into TV shows or movies. On being told that this was because many were creator-owned, he demanded changes to the contracts, that saw bankable stars such as Warren Ellis, Garth Ennis, Grant Morrison and Neil Gaiman look elsewhere for new work and better deals. With subsequent contractual changes only making things worse.

Titles like Swamp Thing, Doom Patrol and Hellblazer are no longer at Vertigo.

Bleeding Cool reports that DC Comics reps have declined to comment on the story so far. Time will tell.

What do you think about these rumours? Could they – should they – be true?

DC is preparing to axe Vertigo 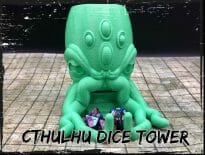