You are here: Home / Games / Tabletop & RPGs / The Lord of the Rings RPG might be coming to Roll20 and Fantasy Grounds

Cubicle 7, the company with the Lord of the Rings RPG license, said at UK Games Expo this weekend that they have talked to Roll20 and Fantasy Grounds about official support for the game. However, Cubicle 7 CEO, Dominic McDowall-Thomas admitted that he’s the bottleneck. He doesn’t use VTTs and hasn’t even got his head around the steps needed to make a deal happen.

Virtual tabletops like Astral, Roll20 and Fantasy Grounds have risen in popularity incredibly in recent years. For some gamers, virtual tabletops are the only way they roleplay.

A game that’s popular in a virtual tabletop community is likely to be successful. That helps explain why Wizards of the Coast do not sell PDF versions of Dungeons & Dragons, but they do have partnerships with the like of Roll20. The other side of the coin is that games that are unpopular with virtual tabletop communities may struggle to be successful.

So, where’s Lord of the Rings? The fantasy series, which helped inspire D&D, is missing from all the virtual tabletop sites.

Cubicle 7 has two Lord of the Rings games on the go. The most recent version is Adventures in Middle-earth, and that uses Dungeons & Dragons 5e mechanics. That means gamers can use sites like Roll20 and Fantasy Grounds to maintain their Adventures in Middle-earth characters and assist with the rules. However, they don’t have any official maps, character tokens or anything else that would make their game feel like Middle-earth.

Entirely missing is the official Lord of the Rings rules. Cubicle 7’s other Lord of the Rings game, which recently announced a second edition, as there is no official support for that unique ruleset in any of the virtual tabletops.

While CEO Dominic McDowall-Thomas admitted to being a bottleneck in the process, Emmet Byrne the producer of both Adventures in Middle-earth and The One Ring reassured the audience at UK Games Expo. Emmet revealed he had been in contact with some virtual tabletops. He mentioned Roll20 and Fantasy Grounds as examples.

The projected slide behind Emmet Bryne, as he spoke, revealed what is likely to be the new Lord of the Rings 2e cover, although this was not confirmed. An awful smartphone zoom of a picture appears below. 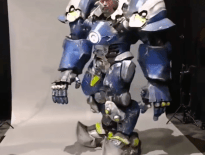 Geek Stuff This Overwatch Reinhardt is half cosplay and half … 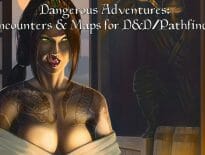