You are here: Home / Games / Do I play too much video games?

Last week Geek Native reported on the World Health Organisation debating whether gaming disorder was a disease. They decided it was.

You might ask: do I play too many video games?

Led by Dr Brunno Schivinksi, a team of academics from the UK, China and Australia, can now tell you.

To find out you must complete the rather dully academic survey at do-i-play-too-much-videogames.com. If you make it to the end you will…

… you will receive a computer-generated normative feedback based on the answers you have provided in relation to all other participants of the study recruited to date (if you save the link to your feedback website, you can compare your own data set also at a later point, when even more participants have taken the survey). We explicitly mention that the provided feedback on our website represents a rough estimate and should not be seen as a final clinical diagnosis.

A critical disclosure is that the survey is once you give the scientists your censored data, they have that data, and there’s no turning back.

The project is being supported by ESL, the world’s largest esports company, who are helping to recruit test participants.

Excessive video gaming is already a serious health risk in Asian countries and an emerging problem in Europe. In order to conduct large international studies, we designed the new instrument in a cross-cultural way and tested it in China and Great Britain

Care to make a guess in advance? Do you game too often?

i want to know if i am adict or no

Do I play too much video games? 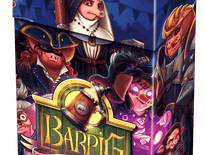 Tabletop & RPGs A Chaos Orb of card games: A review of BARPIG Afte… 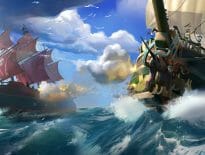