Gamers in the World of Darkness/Chronicles of Darkness universe have long experimented with crossovers. It’s hard to do without making some sacrifices, though, as the various supernatural powers in the multiple settings are designed to be at odds with one another.

The Contagion Chronicle changes that. There’s a common foe; the contagion. What is the contagion? That’s up to you, although the game will give you some suggestions.

There’s even new powers: vectors. Vectors are the powers available to the two factions in the crossover setting; The Sworn and the False. It takes a group with mixed supernatural creatures (and hunters) to access all the vectors.

Onyx Path Publishing has a great track record on Kickstarter but tends to ask for a substantial commitment before the game progresses. The campaign target for the Contagion Chronicles is $50,000. At the time of writing, though, there’s still 26 days on the clock and $48,500 already pledged. You can follow progress on Kickstarter.

The manuscript for the book is already written and as the Kickstarter runs Onyx Path will be releasing pages to backers. If you want in on that, then it requires a pledge of $5.

The top tier, $650 – consulting developer, has already sold out. That means two people will get getting copied into the draft copies of the game as they are emaile back and forth between the developer and writers.

I don’t see the developer mentioned by name in the Kickstarter though it is likely some people will recognise the voice of Matthew Dawkins in the video pitch. Dawkins has done plenty of work for Onyx before, including the recent success They Came from Beneath the Sea!.

I’m excited to introduce everyone to the Contagion Chronicle, the next major project in the Chronicles of Darkness! The Contagion Chronicle is the sum of a couple of years’ work, as we finally get a game where vampires, werewolves, mages, and the rest can team up and work together, with setting and system to make such a union make sense,” “It’s been a delight to develop this project, and all the authors did fantastic jobs with the factions, powers, history, and settings for this game. I can’t wait for all of you to give it a look and hopefully back it on Kickstarter!.”

Delivery for the game is scheduled for 2020.

Contagion Chronicle: The setting that enables World of Darkness crossovers 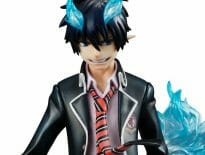 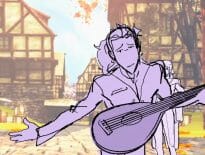