What a ride! Snowpiercer started out as a bleak but great French sci-fi set after the end of the world. The last of humanity struggled on a huge train that had no choice but to perpetually circle the globe.

Then there was a movie by Bong Joon-ho which featured a fantastic cast; Chris Evans, Song Kang-ho, Tilda Swinton, Jamie Bell, Octavia Spencer, Ewen Bremner, Ko Asung, John Hurt and Ed Harris. There was drama with the movie as it originally only had a limited release, but the critics loved it, and so slowly but surely the studio made it easier for people to watch it.

The prequel graphic novel is timed to tie-in with the next evolution of Snowpiercer. There’s a TV show on the way; for TNT in the US and Netflix everywhere else except China. Jennifer Connelly and Daveed Diggs (Hamilton, Black-ish) will star, and Graeme Manson (Orphan Black) is the showrunner. Directors Scott Derrickson (Doctor Strange) and Bong Joon-ho are on board as executive producers.

Snowpiercer – Part 1: Extinction will be written by Matz, aka Alexis Nolent, (Triggerman, The Assignment) and original artist Jean-Marc Rochette will return to illustrate. Jacques Lob, the co-creator of Snowpiercer, died in 1990 at the age of 57, just 8 years after the graphic novel was first published in France. 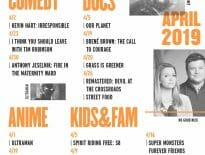 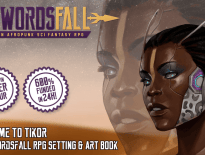