LoreSmyth have built up a reputation for quality and imaginative prompt cards. Their current Kickstarter takes what has historically been used to help GMs deal with RPG characters who explore every shop in the town or delve into every shadow of a dungeon to a whole new area. These are prompt cards for space and you can track the (successful) Kickstarter here.

LoreSmyth needed €4,000 for this campaign to succeed. At the time this blog post goes live they still have 27 days on the clock, plenty of time to raise more money, and have nearly €5,000 pledged. They’ve done it.

The concept is simple; draw a card and pick one prompt from the top and one from the bottom and you have a thing to tell your players about. If you want to spice things up even more then draw more cards and cross the streams.

One physical deck is yours for €12. It’s cheaper to get a PDF copy of the cards, but not much less expensive, and I can’t see anyone not wanting a physical pack. Nicely, though, just a €1 is enough to reserve yourself the option of grabbing the grabs once the Backerkit fulfilment opens up.

Here’s the thing; LoreSmyth has more than one deck of space cards being made. There’s the “Searches” deck which will show you interesting things for PCs to discover when they nose around. However, there’s also the “Locations” deck which will help you conjure up places for the PCs to be searching in the first place. Lastly, there are the “Adventure Hooks” deck fill of ideas that you can weave quickly into a sci-fi campaign.

Most backers are pledging €34 to get all three decks. There’s a slight discount to that rather than buying the packs one at a time. Two retailers have gone all in and got 24 copies of the decks, and I think this is evidence these cards are popular and will sell. 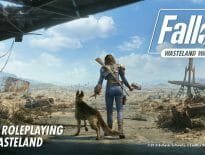 Tabletop & RPGs Two official Fallout RPGs are on the way 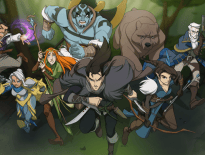