You are here: Home / TV / Online Shows / $114 million projection for Critical Role: The Legend of Vox Machina as 5 backers snap up $10,000 pledge tiers

The D&D supergroup Critical Role has a new Kickstarter. It’s to support a 30 minute animation prequel of their adventures, and the money is pouring in.

The rate of pledges will slow down. However, if you want to pretend that media hype will keep the cash rolling in at this speed for the full 45 days, then the project is on track to raise $114,320,591 or $114m. Kicktraq has done the projections.

The smallest possible donation that unlocks any goodies is called Scout and costs $20/£15. At the Scout level, you unlock several versions of the Your Turn to Roll song download, an art print and stickers are added if you step up to $50, dice and playing cards if you go to $100 and a Trinket plushie is added to the loot pile at $200.

This Kickstarter is a labour of love for the Critters, Critical Role’s fantastic community, as there isn’t a pledge tier that delivers the animation to backers.

The $114m projection is nonsense. What’s real is the fact that all 5 of the $10,000 tiers have sold out. That means these backers will get a tour of the Titmouse studio with Critical Role, will get personalised portraits by the Titmouse team, an associated producer credit, an invite to the launch party and private screening and a signed pilot script.

Several RPG publishers have already expressed frustration on Facebook that they struggle to interest gamers in PDFs sourcebooks that cost $20 and yet here is Critical Role able to charge thousands for swag. The frustration is understandable but Critical Role has brought new life and fans to the hobby in a way that can barely be measured.

$114 million projection for Critical Role: The Legend of Vox Machina as 5 backers snap up $10,000 pledge tiers 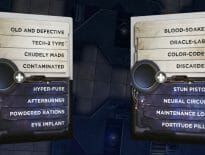 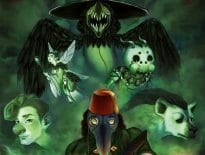