The Odyssey of the Dragonlords: Player’s Guide is free to download from DrivethruRPG.

This 28-page PDF is the introduction by Arcanum Worlds for a brand new 5th edition setting. There’s loads of 5e campaign settings to compete for your attention, but three Bioware veterans created Thylea; James Ohlen, Jesse Sky and Drew Karpyshyn.

These three designers, the creative leads at the newly forced Arcanum Worlds, have an impressive list of credits. They’ve worked on Baldur’s Gate I and II, on Knights of the Old Republic, Star Wars: The Old Republic, Dragon Age: Origins and Neverwinter Nights.

Thylea is inspired by ancient Greek mythology and the full book, Kickstarter pending, will be a 280-page campaign that takes characters from level 1 up to level 11. We expect that to hit around May.

Odyssey of the Dragonlords: Player’s Guide introduces the world of Thylea, offers guidance on character creation with Class Backstories, introduces the Thylean Centaur and the Thylean Satyr as new player races and six paths for characters to follow.

What if I could return to what I did decades ago, but apply it to the pen and paper games that inspired Baldur’s Gate? It would be a way to give back to the community that inspired my career, and it would be a way to work on something that gave me the fulfilment I craved. “Pen and paper roleplaying games will never die. The combination of open-ended exploration, cooperative storytelling, and tactical combat is addictive and timeless” 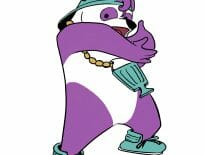 Tabletop & RPGs Comedy in Games: 8 tips on how to make your RPG fu… 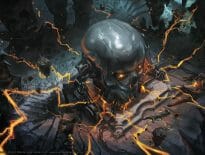