Before we begin, do me a favour: name a medium that has its own genre conventions and mythology. It also has magic items everyone wants, currently possessed by violent giants and evil vegan druids. It has undead wizards, weird cult leaders, demon channellers that are characters, played by people, where the story is ongoing and is a combination of improvised theatre and pre-scripted outcomes.

Wrestling? Yup. I’m aware that you’re going to be in one of two schools about the value of this article before I even begin. Either you’re already a big fan of wrestling or you’re already assuming I’m slumming it. But I’m not, I’m really not. At the point where we stand in 2019, Wrestling is perhaps the form of entertainment most like a roleplaying game in the modern media. To justify this, you’re about to get a slightly different article where I recount how watching wrestling has made me a better DM and why you should be doing it too.

Not only that but The Mike Mearls thinks it’s cool and The Big Show was on a D&D stream recently, so for once, my mad ideas are backed up by professionals.

The main thing for me that ties RPG’s to wrestling is that both media require a spectator to be aware not only of the ongoing story but also of the meta-narrative. In RPG, some of the fun of the game is about understanding our characters both as a series of mechanics and as avatars in an ongoing shared narrative. Likewise, in wrestling some of the joy is derived not just from the in-ring storylines but also from the awareness of there being a writers room and how their decisions are affected by real life trials. You ever build a narrative around a player who then had to move away and maybe your campaign folded? The equivalent of this just happened to WWE when the guy they’d been building up for three years so he could take a long run at the championship was diagnosed with leukaemia and had to leave the company. Difference is they can’t fold their campaign. They have to keep going, week in, week out. Watching how they write themselves out of a hole that deep is not only enjoyable from the position of being the story-maker that a DM is but also a fascinating tutorial in keeping a campaign afloat at any cost.

We also have to mention Kayfabe. The term ‘In Kayfabe’ is used to denote something that is happening in the show exists only in the realm of the storyline. For example The Undertaker and Kane are Kayfabe brothers but in real life, the two performers portraying them aren’t related. Whereas Charlotte Flair is the actual daughter of Rick Flair. Thing is, the lines on this often are blurry. Addictions suffered by the real life wrestlers, injuries they’ve suffered, relationship breakdowns – all of these have been used to also add to their character’s storylines. Sometimes, an in-ring incident leads to a real life fallout and that can lead to real life grudges that can spin out control in storyline. At one point a wrestler injured by a fall took revenge on another wrestler by throwing him off a 40ft scaffold onto a collection of tables. While the revenge throw was supposed to happen in kayfabe, the thrower purposefully executed the move poorly in an attempt to injure the fallee.

Grisly drama aside, what we can take away from Kayfabe is that all of the players do maintain an awareness of the meta-narrative and you can use that to your advantage. Wrestling eventually acknowledged kayfabe and have used several moments in the show to address issues the fans have through wrestlers, showing the audience they are listened to. Keeping your ears open for complaints and then occasionally drawing back the veil to talk to players and address their concerns is important. Stopping play during a short rest and saying to the players ‘hey peeps, I know that fight was really tough and Olivia nearly died but I was looking to give it the feeling or hopelessness that being in a demiplane of dread would engender’ would probably go a long way to helping a campaign run smoothly. It’s important to approach the position of GM (or storyteller, or hollyhock god, whatever the game calls you) to be open with your players and discuss design intent of the sessions you have just had. If you leave them in the dark, you now have no way of communicating your intent except through the narrative, which leaves you open to misinterpretation. Learn and adapt to the needs of your audience. Be Cody Rhodes and CM Punk, not Vinny Mac.

Finally we have the booking of wrestlers. Once a wrestler defeats another wrestler, the defeated wrestler still needs to look like a threat so they can move on to the next feud. So you have to keep those at the top always looking strong. That means that sometimes people lose in odd ways or that the finish of a match is interrupted or that some wrestlers are only employed to make other look good – called jobbers. This is a practice you can employ with the heroes of your game sometimes. Throw a group of mooks at players to give them a moment to feel strong and capable. In supers games this is the bit with the henchman or where the heroes foil a purse-snatching, for example. Highlight these moments: sometimes players need a win, especially if they’ve had a bad day.

Look, I didn’t even talk about how it’s evolved as genre or separate promotional styles anything. Largely because that would be an entire article in itself and you came here for gaming stuff.

Wrestling is criminally under-represented in gaming but here are a few games that meet that measure up.

World Wide Wrestling: This game is so perfect, I basically mention the other games on the list for the sake of collections and curiosity. Made to simulate how a wrestling promotion works and with only one stat that covers how good a wrestler you are, this game is about relationships, risk and madness. It exists in the weird meta-space that all Powered By The Apocalypse games do and that adds to the immersion in this case.

WWE: Know Your Role!: Yes, this is an official game. No, it does not address kayfabe. In this one, the storyline part of wrestling is the reality. Based on a D20 system, it’s a little bit square peg round hole but it is also easier to pick up and play than a lot of other games because it’s engine is one that most players are familiar with, even if it’s just through a ‘cousin’ like 5e or Pathfinder.

Zombie Smackdown!: This book… is… something else. Written for All Flesh Must Be Eaten, this book sees your wrestlers take on zombies! It has a section for discussion of Kayfabe and such and provides a wide variety of bizarre settings including (but not limited to) a performance enhancing drug gone wrong, a lucha libre style where the matches are all real, an engaging Mortal Kombat rip off and a tournament held by bored angels!

So what do we do to give things a more ‘wrestling feel’ and what can it add to our games?

You CAN see me
Make sure first time entrances for named characters are memorable. Like ‘blowing up scenery’ memorable. If you have time, prepare ‘entry music for an NPC you know is likely to recur and play it in the background every time they show up. Just remember not to do this for everyone as players might work out who is plot important in, say, a mystery story.

The Man Makes The Belt
I said at the top of this article that magic items exist in wrestling and they do – people want to those championship belts. They call out like the one ring, tempting all to their allure. And if you get hit by one, you’re likely to stay down. There are ones that are shared, ones that spin, ones that appear on one pay per view and then vanish with an air of mystery. The changing face and names, reflects the companies approach to ideas and themes – that’s why there’s no hardcore belt and any more and the ‘Divas Title’ title is now the ‘Women’s Title’. More importantly, a belt win might make a wrestler famous but it is up the the wrestler to keep the prestige of that belt up. Imagine a world where some ‘magic items’ were in fact just symbols of status but you didn’t know which ones. There’s a new dynamic there to be exploited with equipment that could lead to some interesting RP scenes where someone has to bluff the idea that they wield the ‘Hammer of the gods’ and all should afraid.

Finishing moves
Not as protected as they once were, the finishing move is a classic idea: a move that is so powerful that mortal men cannot stand it. Having players describe moves during combat is always a good idea but this is even more than that: have players create a ‘finishing’ or signature move that they can use on a really successful hit – or maybe if it’s a complex move, they have to roll ability/skill checks during the attack to pull it off – but if it lands, it is devastating.

Feuds
Allow villains to survive and come back a couple of times, then get rid of them. This serial treadmill of differing feuds is the baseline of wrestling and is a great way to generate memorable conflicts. Keep a record of NPCs who have been slighted and think about how they would plan revenge.

Heels and Face Turns… Live!
Plan for heroes to turn into bad guys and bad guys to turn into good guys, alignment in wrestling is a constantly shifting thing often for unique or odd reasons. Just remember than some of those decisions are driven by fan reaction and wrestlers sometimes become bad guys if they are facing off against the right opponent or good guys if they are being cheered. Listen to your players and make your NPC’s relationships with people exist as a reaction to them alone. This generates the feeling of personal, rings sized interactions.

Last Minute Kick-Outs
If your game involves fights (I hope it does, because otherwise why are you aping wrestling), have some villains fall down before they are dead as if the blow has felled them and then spring up on the next turn. It will give the players an awful shock and probably would work for the horror genre too. Once you do this a few times, the players will begin to wonder about every foe they put down. If you want a mechanic for it maybe have a system where once they fall over they have to make checks to see if they can…oh no, wait a minute, that’s death saves from 5e. It’s almost like one of the designers is a fan.

You thought I was going to tell you about the vengeful giant from suplex city or the demon channeller didn’t you? Well, instead I’ve snuck up behind you, and hit you with a chair and now you’re lying on the mat. If you want to learn more, you check out any wrestling promotion. They all offer something different. Next time we regress a little bit as we start a series into three genres that I Think might be able to be played one after the other or together. I’d do it now but I’m waiting for you to finishing adding cards to you BMX spokes… 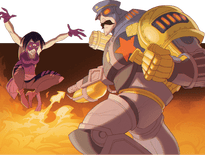 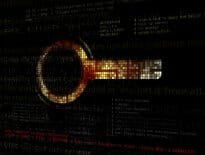