based on Slavic and Mediterranean folklore called Awaken caught Geek Native’s attention back in 2015. Even today RPGs based on anything other than northern or western European myths and legends are still pretty rare. Awaken funded and Studio 2 Publishing went on to run a few more Kickstarter projects.

Now, Studio 2 Publishing and the Games Collective are back with Awaken: The Liborian Saga and the offer to face the nightmares in both the darkness and in your heart. The campaign is going well, 75% funded with 25 days to go at the time of writing. You can follow progress here.

The art always looks good in Awaken Kickstarter projects and Geek Native has a few from The Games Collective’s press kit to show off here. First, let’s take a look at some of the pledge tiers.

A US$5 pledge gets your name in the book and the quickstart, but you need to find $15 if you want the full Liborian Saga or Awaken Core rules in PDF. If you don’t already have the core rules and like the look of Saga then there are savings to be made in the $27 tier where you’ll get both PDFs.

In terms of physical books, you must find $29 before shipping to get The Saga unless you live in the States. Studio 2 Publishing is offering free shipping inside the USA. You’ll also get a PDF copy. If you want both the core rules and the Saga expansion has physical things then that will cost $69, you’ll get maps of the region and Salvora in RPG at the pledge along with all the digital stretch goals that might be unlocked.

The Kickstarter also offers access to the Awaken Inner Circle, but it’s not clear what that is.

The accessory expands the world of Salvora, taking a closer look at the islands of Liboria and three great cities there. In response to requests from Awaken RPG fans, the supplement will introduce new antagonists and even more challenging creatures.

The Liborian Saga will also expand the Awaken ruleset so that players can create their own Superior Gifts (such as a flying dagger that’s also on fire) and these new rules are coupled with the regional details in the book. 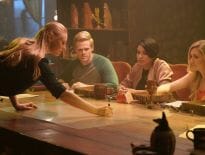 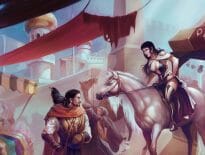