You are here: Home / Games / Tabletop & RPGs / Free to Download: This tabletop RPG is based on Zelda: Breath of the Wild

Reclaim the Wild is a tabletop RPG inspired by Nintendo’s Zelda series and, in particular, Breath of the Wild. This download is an unofficial game, a work of created by a fan, and so it’s possible that it’ll be taken away by lawyers at some point.

Right now, though, the game is free and available here.

The game was created by Michael Schroeder who sourced the art for the rules from all over the internet. The opening pages of the download contain hyperlinks to the dozens of artists who’ll find their work in the game.

So far, so much like every other homebrew that’s found its way online? Right? Not so fast; a quick look at Reclaim the Wild suggests a production and layout skill that rivals some paid products.

Players can pick from primary and secondary races. The game’s main races are the Gerudo, Goron, Hylian, Rito, Sheikah and Zora.

It’s a similar set up with character traits. Power, Wisdom and Courage are the main traits, and there’s supporting secondary stats to go with them.

The system mechanics uses 2d6+trait against a target difficulty check.

Character progression is handled by earning tokens of heroism and spending them in an experience point familiar way.

I especially like Reclaim the Wild’s thoughtful introduction which discusses what it takes to be a Zelda game. We’re reminded that they’re grounded fantasy games that make frequent mentions of the ancient civilisations that came before. Characters start from humble beginnings and as well as combat there are puzzle-solving challenges and both of which help improve characters.

Equally, GMs are encouraged to remember ‘video game logic’ such as temples that couldn’t possibly be designed with follower workship in mind, biologically impossible monsters and that sort of thing. Put in recurring elements and, of course, that ancient, irredeemable evil.

Too good to last?

On Reddit Schroeder was asked about the wisdom of spending two years of his life on an RPG that could be taken away from him. In his response, he said;

Well, the first step is “don’t make money”, which I’ve had lots of practice at over my lifetime. That said, if I do get C&D’d, I could always turn and make the system into an original creation. That would be additional work, and I’d have to make some changes to things like Races and Spells, but it wouldn’t be impossible. But I got into this because I wanted a Zelda tabletop game, so by gum, I had to make it a proper Zelda system first and foremost.

Free to Download: This tabletop RPG is based on Zelda: Breath of the Wild 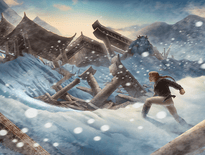 Sites Whatever happened to The Savage Worlds Adventurer&… 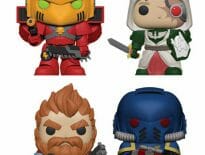 Geek Stuff Funko and Games Workshop announce Warhammer 40K Po…
wpDiscuzComment Author Info
Manage Cookie Consent
We use technologies like cookies to store and/or access device information. We do this to improve browsing experience and to show personalised ads. Consenting to these technologies will allow us to process data such as browsing behaviour or unique IDs on this site. Not consenting or withdrawing consent, may adversely affect certain features and functions.
Manage options Manage services Manage vendors Read more about these purposes
Preferences
{title} {title} {title}
Loading Comments...