It’s the start of a new year. Is it time to try a new RPG? That’s the premise behind DriveThruRPG’s New Year, New Game! sale. It’s not just a good idea; it’s a commercial idea. There are large discounts on the world’s most popular RPGs and this year there’s the double whammy of discounted bundles.

One of the interesting bundles in New Year, NewGame is Gallant Knight Games’ Tiny Dungeon. This is an indie publisher, with an RPG up to second edition and a near perfect 4.5/5 review rating (at the time of writing) at DriveThruRPG.

If the idea of running an indie dungeon gives you some concern then these 5 tips from Tiny Dungeon’s creator Alan Bahr should be useful.

Wish you could get a better look at Gallant Knight Games’ Tiny Dungeon before you paid up the US$17.99 PDF cost for the 200+ paged RPG? Fear not; we have got a preview here for you to enjoy.

In a review Halflings Luck by James M Spahn said;

This is a game that runs at lightning speed, yet somehow manages not to sacrifice much in the way of character depth and breadth of concept availability. Character creation is simple. You choose a Heritage, three Traits, a Weapon Group, a Family Trade, and a Belief.

Another tip for running TD2E: do so as often as possible because it’s insanely fun! 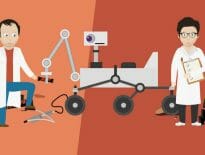 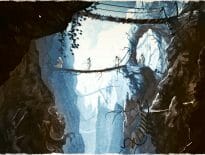