You are here: Home / Geek Stuff / Do you think Hollywood will ever (or has) made a good anime adaption?

The jury is out whether Hollywood could ever pull off a good live action movie based on an anime. Geek Native asked this question in May in a competition to win a copy of Shin Godzilla. This poll closed before the Bleach live action was available outside of Japan and that particular movie has to be a candidate for a good live action… except Holywood didn’t make it.

Hollywood isn’t alone in its struggle to make a good live action. This blogger has lots of positive things to say for Rupert Sanders’ Ghost in the Shell and suspects if you hadn’t seen the anime you would have appreciated it more.

Geek Native’s research will not withstand scientific scrutiny. We have just over 100 responses which do not make for a statistically robust survey. We did also ask whether the competition respondent was an anime fan or not and despite the prize being a copy of Shin Godzilla some 40% weren’t.

The jury is out…

The odds are slightly in Hollywood’s favour with 56% of respondents on the side of Holywood has already or will make a good anime adaption.

As it happens, non-anime fans were a little more optimistic with 58.5% of that segment voting in favour of Holywood compared to just 54.7% of fans.

Hollywood will have an earnest attempt at swinging this survey in early 2019. On Valentine’s Day Alita: Battle Angel will hit the cinema screens in the US. Alita is a Robert Rodriguez (Sin City) and James Cameron project and the trailers, at least, look strong.

Alita has Rosa Salazar in the lead role, she’s currently in Netflix’s Bird Box playing Lucy, and we also know her from Maze Runner: The Death Cure. Christoph Waltz is Dr Dyson Ido, and we’ll also see Ed Skrein as Zapan, Jennifer Connelly as Chiren and Eiza Gonzelez as Nyssiana.

We’re expecting to see Dr Dyson Ido salvage Alita as she falls to Earth, help her recover and rebuild before all the trouble kicks off and her heritage catches up with her.

Do you think Hollywood will ever (or has) made a good anime adaption? 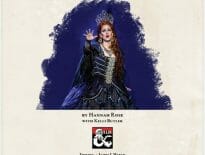 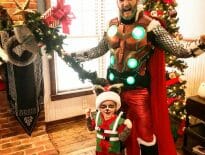