Deadlands Brand Manager Matthew Cutter has done a good thing and it’s been backed by his boss Shane Hensley. The Fright before Christmas is a pay-what-you-want (suggested price U$ $5.00) adventure for Deadlands the Weird West using the Adventure Edition of Savage Worlds.

The story starts in an orphanage on Christmas Eve in which the PCs are children who have stayed up too late and start to hear someone or something… on the rooftop of the building. You know; exactly the sort of one-off adventure you might treat roleplaying friends who visit you over the holidays with. Perhaps make sure they know what a typical Deadlands the Weird West game is like before the encounters start to happen!

Pinnacle Entertainment isn’t making a single dime on the sales of this adventure, either. All proceeds are going to the 19-year-old Liz Chambers who is in a battle against acute lymphoblastic leukaemia. The Chambers are an American family of gamers and are struggling with the logistics of keeping Liz strong.

If you’ve heard enough and just want to buy more gaming goodies where the proceeds will also help Liz then visit the shop Fun4Liz.

Liz’s dad is Jamie Chambers, the boss at Signal Fire Studios. Jamie Chambers was the Vice President of the Game Manufacturers Association (GAMA) for more than eight years and since GAMA is the professional trade association most commonly associated with the tabletop hobby industry he is known too many. 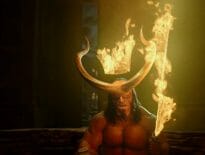 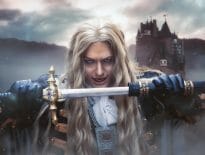