You might recognise the name Gatchaman. If you know it from Battle of the Planets or Science Ninja Team Gatchaman, then this anime has very little to do it that show – except harking back to a bird theme now and then. If you’ve seen the original Gatchaman Crowds, then you’re on the right line. This is part two, a year or so later, but some of the main characters are much reduced when it comes to screen time. This includes the cheerful Hajime, the hero of the first.

In Gatchaman Crowds Insight we pick up in a world were a social network that can summon superpowered avatars for each and every one of us has been accepted by people. We’re working together to make the world a better place.

Except, not everyone is.

Some people don’t think the new system or work. Heck, perhaps there are just people who want to shaft the system no matter what. There are the trolls. Whereas the rest of us can use the social network to summon our helpful CROWDS avatars the troll bunch invoke hateful red CROWDS. These mean avatars keep themselves busy with everything from graffiti to an attempted assassination of the prime minister of Japan.

Thankfully the alien-led Gatchaman superhero squad is here to fight back against the CROWDS.

It’s wrong to think of Gatchaman Crowds Insight as a superhero action show, though. That’s the backdrop. The foreground is a commentary on the nature of social media, politics, peer pressure and how people in crowds are far less thoughtful than people by themselves.

The Gatchaman, themselves, get two new members who quickly become the focus of the show. While in the first series Hajime was a ball of quirky energy we now have the face of well-intended innocence with Tsubasa. Tsubasa is a friendly, country-girl, who no one expected JJ to turn into Gatchaman but who quickly finds herself in at the deep end.

There’s also the alien. The child-like, red alien with crazy hair, who due to populism finds himself a presidential candidate.

This alien, a Gatchaman ally, can help people visualise their thoughts and emotions through real-life emoji that float above their heads. He just thinks it, and these cute little creatures appear for everyone else to see.

Insight isn’t subtle political commentary. It lays it on thick. There’s very little chance you’ll be able to watch this anime without thinking about the societal issues the plot is linked too. That’s no bad thing unless you prefer nudges to battering-ram observations.

I prefer nudges, but there’s a lot in Gatchaman Crowds Insight’s observations that speak to me. I love how the LGBTQi+ presence isn’t an agenda. There’s no questioning it. There’s no highlighting it. People are just gay or trans, and no one bats an eyelid. I also think we can see technology, politics and society evolving (or failing to change) at different paces.

Overall? It’s taken me a long while to watch Gatchaman Crowds Insight. This wasn’t because I didn’t enjoy it but because I was rarely in the mood for it. I think this sequel will divide the room between those who give it an A-grade rating and those who fail it with an F. It’s hard to see much in the way of middle ground.

My copy of Gatchaman Crowds Insight was provided for review. It’s available from Amazon and other retailers. 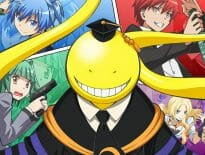 Anime A story of growing up and learning to kill people:… 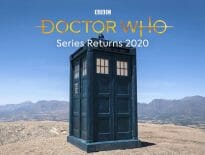