The Quest Inn is a family-friendly fantasy themed restaurant opening in the centre of medieval York.

The Indiegogo pitch for The Quest Inn raised some money but not the full £50,000 that would have made this clever idea a slam-dunk certainty. Geek Native spoke to the architect of the plan, Elliot Howden-Roberts, about the project. We discover that the plan is still forging ahead… but there have been big changes the video was made.

How’s the battle against the dragons Greed and Monotony going? Is The Quest Inn on track to open next year?

The Quest Inn is still on track for opening next year, maybe not by March but there is still a (risky) possibility of me keeping to that deadline. The plans have greatly evolved from the original path laid out in the Indiegogo campaign, as I’m no longer looking at taking over Fiesta Latina. I am instead in the market for suitable locations.

Those dragons are powerful though and the fight will not be won anytime soon. That’s why we need to level up first.

If you could do the Indiegogo campaign again – would you and what would you do differently?

I would advertise ahead of time and learn how to run a business before starting to raise money for it. However, the lessons learned from failure are by far the most valuable, so honestly, I’d not do anything differently.

Where did the idea for a fantasy-themed bar come from?

My love of fantasy mostly. I’ve always been into telling stories and experiencing narratives. I’ve been into LARP for much longer than I’ve been into D&D. When I discovered an equal love of bartending, I set out to try and find a way to blend them into a career for myself where work didn’t feel like work. I also happened to be working in a western themed restaurant which helped to inspire.

Will you be more ‘bar that does food’ or ‘restaurant with a bar and basement’?

The specifics of how it would run are somewhat dependent on the venue that I can acquire. At it’s core it’ll be a gastro-bar but if space permits it’ll expand to a more food orientated location.

Is this a niche that the current wave of board game cafes aren’t addressing? Booze and character sheets are suitably different from cards and coffee?

The boardgame and video games cafés are fantastic and cater to the niche market of light entertainment with refreshments. The Quest Inn is more inspired by medieval taverns and will present a magical immersive drinking and dining experience. With events that can cater to the entertainment aspect.

You’re said to be eyeing up a venue in Leeds? Do you have a working title for that restaurant yet? The Quest Inn Leeds or something altogether different.

The plan is to expand the business across many cities. There is a potential for that expansion to be fantasy themed or to start working with other genres. However, the specifics of that will have to wait for the first Quest Inn to open.

You’ve been roleplaying for years. Which are your favourite games and why do you think the hobby is enjoying a surge in popularity right now?

My top three tabletop RPGs are: Paranoia (because it’s pure madness); Vampire The Masquerade (because it fits so well in a modern setting); and, of course, D&D 5e (because it’s such a well balanced game and let’s the storytelling shine).

I am not wholly sure what is causing this surge in tabletop gaming at the moment but I can say that it is definitely helped by the likes of Critical Role and Stranger Things. Plus the benefits of tabletop gaming in learning and empathy building situations are second to none. 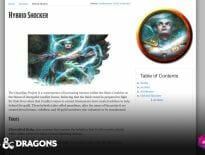 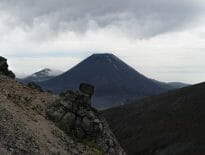