You are here: Home / TV / Anime / Magical penguins: A review of Penguin Highway

Penguin Highway was the winner of the audience vote at Scotland Loves Anime 2018, and it is easy to see why. It’s a modern fantasy with some great characters, delightful whimsy and a touch of sadness too.

The story plays out through the eyes of 10-year-old Aoyama. He’s a precocious little man, brimming with confidence and lacking in real-world awareness. At the start of the anime, we quickly discover that he considers himself to be above average in intelligence, set for life and certainly one of those men whom women will want to marry. He’s already decided on his bride, and she’s the much older-than-him assistant at the local dentist.

While I Want to Eat Your Pancreas (the anime that challenged Penguin Highway the most for the audience award title) is firmly grounded in reality, Penguin Highway is not. Aoyama’s confidence takes a battering when he witnesses something that he can not explain.

Aoyama believes that a discarded can of cola turned into a penguin.

There’s entirely something going on with penguins in his town as, despite the summer heat, gatherings of the birds are mysteriously appearing. Where have they come from?

Despite having such a high opinion of himself, Aoyama is oddly charismatic. I think it’s because we get to laugh at him and his naivety. He’s also made to look good thanks to a cast of sympathetic characters and some annoying bullies who are much easier to dislike.

Aoyama’s friends slowly but surely get roped into the penguin mystery, and before you know it, you’ll be as puzzled and intrigued as he is.

True to anime tradition as resolution approaches so the plot escalates. We go from a small encounter with a young boy and start to deal with much bigger shapes and dramas. It’s a fantastic trip along the penguin highway.

I’ve described Aoyama as being surprisingly charismatic but let us not forget to pay due homage to the quirky birds themselves. Penguins are cheeky and a whole lot of fun. Just like this anime.

I’m not sure if Penguin Highway will have the same commercial lure as Your Name has or I Want to Eat Your Pancreas might reach. This prediction was made because of the surreal nature of the anime’s penguin plot. You require an open mind and a touch of imagination to enjoy Penguin Highway at its fullest. If you’re a gamer, like most of Geek Native’s readers, then that means you’re in the safe zone. Sadly, not everyone is.

Overall? Buy it, watch it and expect to be charmed. 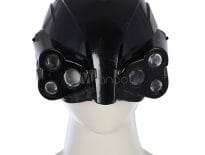 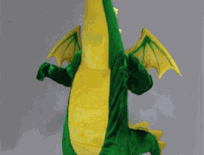