You are here: Home / TV / Anime / Tarantino gone wrong: A review of Calamity of a Zombie Girl

I watched the UK premiere of Calamity of a Zombie Girl in Edinburgh during the Scotland Loes Anime film festival. The whole audience was laughing at it, snorting in disbelief at times, but probably not in the way the director or Gonzo, the production company, wanted.

I’m not sure what sort of story Calamity of a Zombie Girl is supposed to be. Yeah, it has zombies in – of sorts, the coffins give off vampire impressions, and the undead characters are frequently called ‘mummies’ by those in the know – but the genre is a bit weird.

Is it a horror? There’s some gruesome death but sometimes in an almost wacky way. Randomly, a toilet comes flying out of a dorm room and crushes someone’s skull.

Is it a comedy? There aren’t any jokes. There’s just surreal and the unexpected. It’s no parody.

This uncertainty of any traditional genre is why I’m reaching to the likes of Tarantino to try and define this encounter. College kids wake up a zombie woman and her zombie maid. All sorts of carnage follows. It doesn’t have the elaborate interwoven plot that a true Tarantino has. I just gave you the plot. However, Calamity of a Zombie Girl does have scenes where characters come head to head and only one of the walks away.

To be kind to Calamity of a Zombie Girl there’s perhaps the suggestion that just like in a Tarantino there is the hope that the violence will somehow transcend the mundane and become art. This evolution doesn’t happen. All that we have is brief encounters of the strange and inexplicable kind. Who could forget how the action teleported to the basketball courts for a case of decapitation and hoops?

It’s most likely that Calamity of a Zombie Girl isn’t your cup of tea. The circumstances I think this movie works best in is one when there’s booze involved and a few friends around to visit, and you’re all in the mood for something unexpected, something you can talk over and still follow, something you can all rally around by laughing at.

Tarantino gone wrong: A review of Calamity of a Zombie Girl 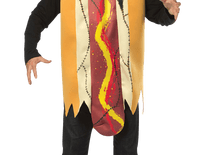 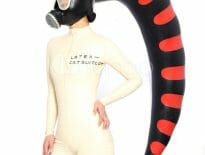