We’re all used to amazing special effects now and computer-generated awesomeness on the big and small screens. That doesn’t stop the pen and paper approach having a unique magic of its very own.

A marketing campaign by Angies List, a site that wants you to get in contact with architects, is using the magic of hand-drawn sketches of iconic architecture from popular geek classics to attract our attention.

Let’s start with Ghilbi as we can imagine these illustrations represent a full circle; they no doubt started as pencil sketches before being animated, inspiring us, and then being re-drawn here again. Both Howl’s Castle and Laputa still, always, look incredible. 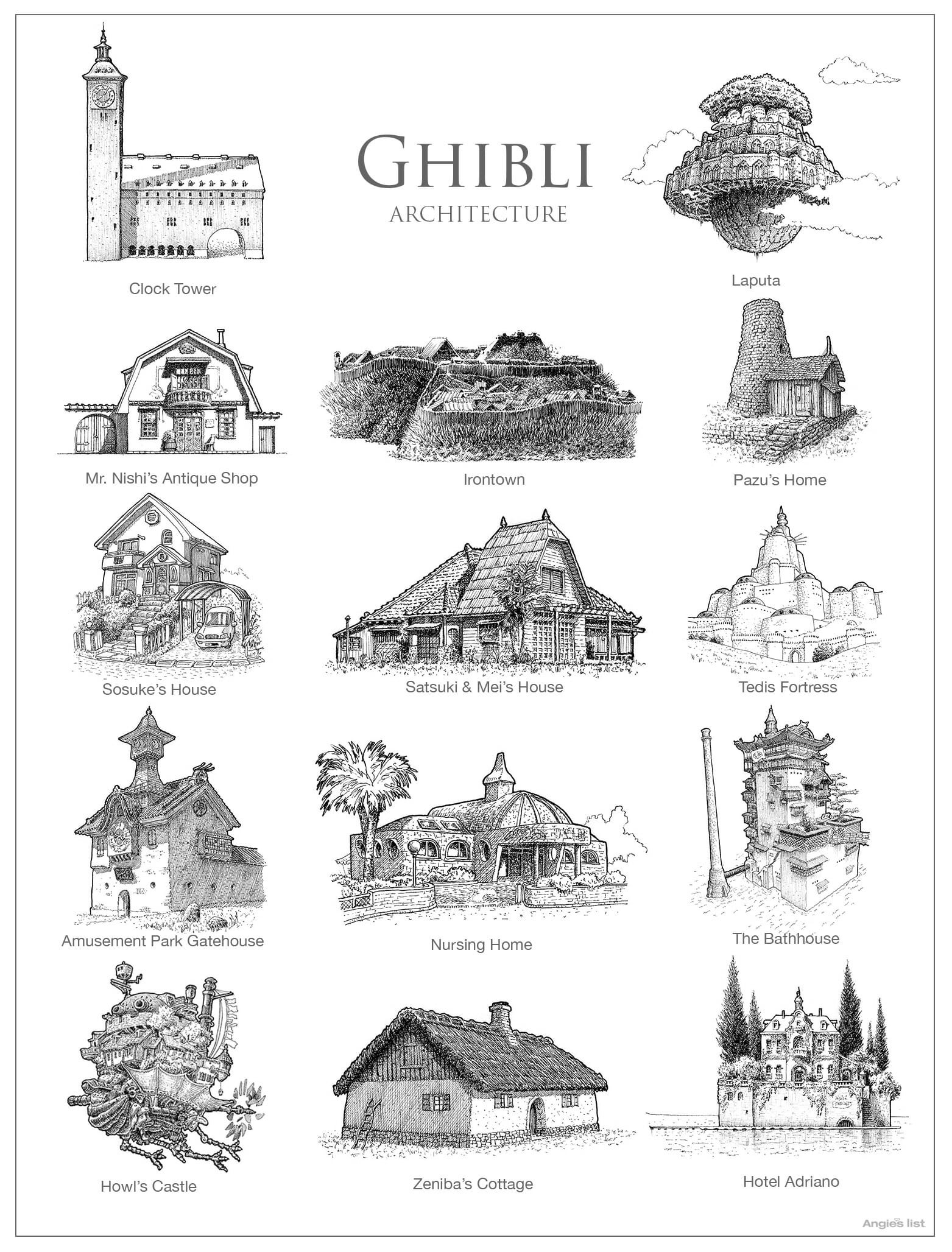 The attention to detail in Skyrim is incredible. I’ve watched ants crawl over fallen logs. I’ve explored some of these buildings. Check out HIgh Hrothgar and even Hakkvild’s High Hall. 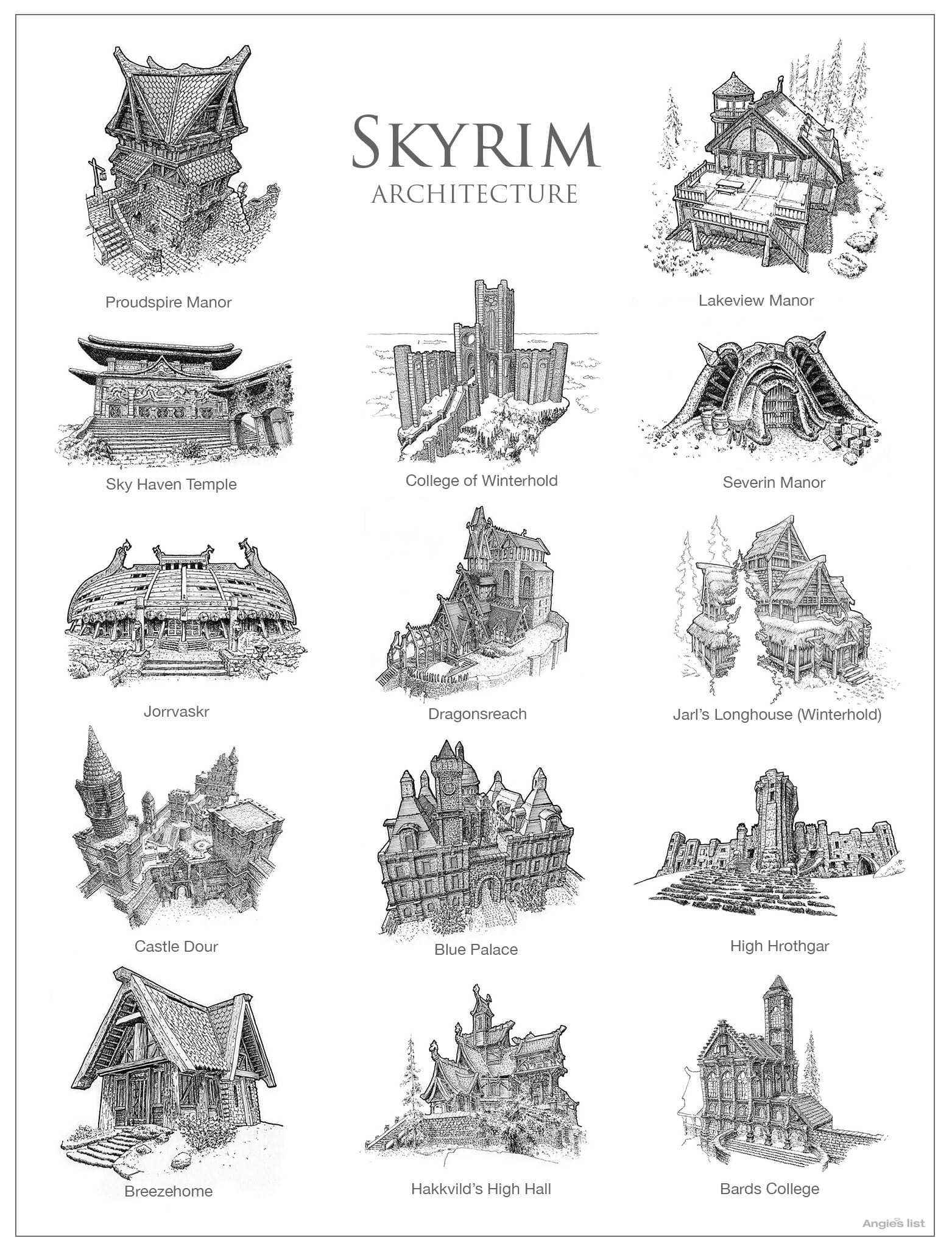 There’s more than just the Deathstar when it comes to painstakingly designed buildings in Star Wars. There’s a whole galaxy of buildings; contrast the incredible Cloud City to somewhere like Mos Eisley Cantina. 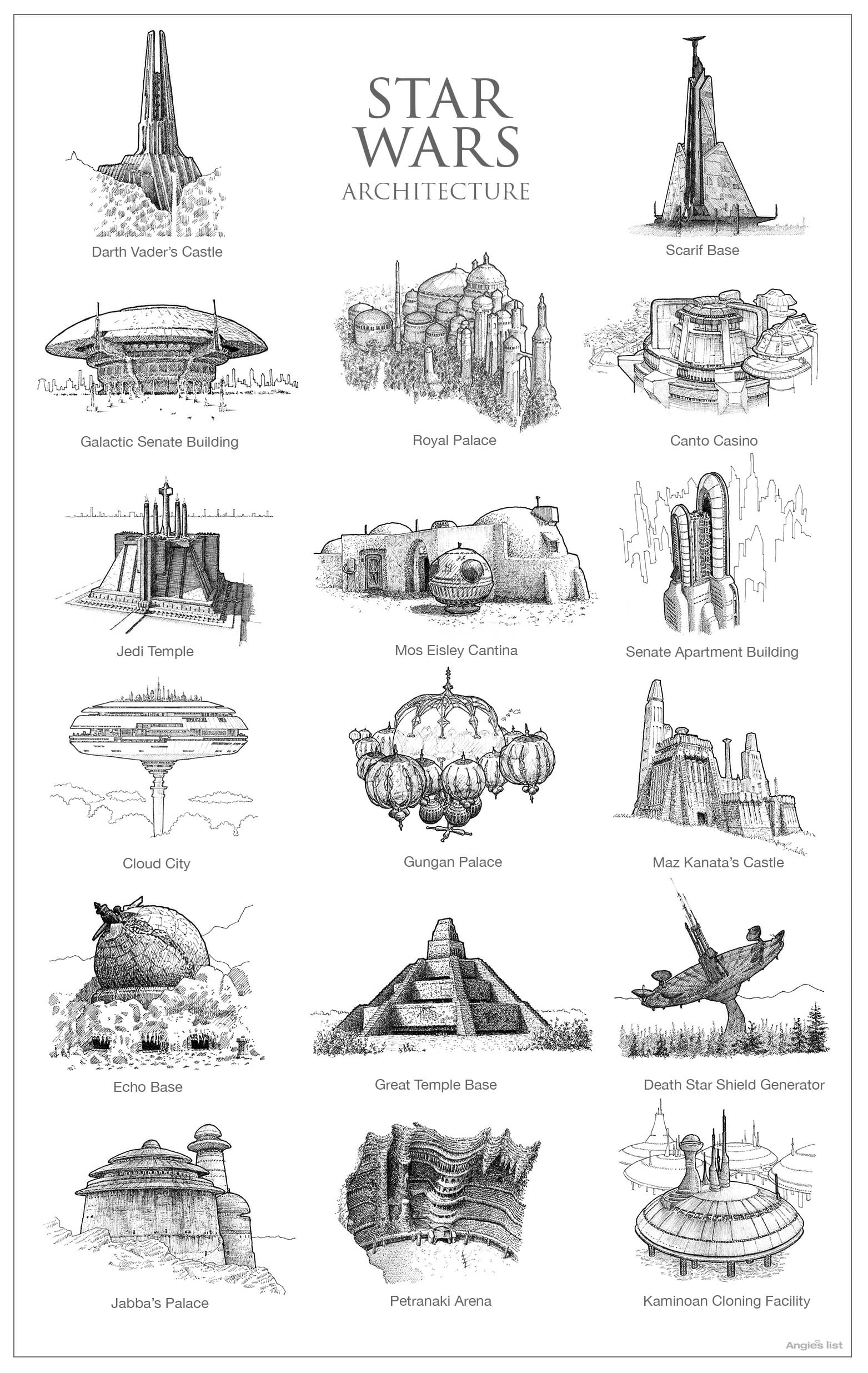 What’s the most iconic building in the MCU? I would say it’s the Avenger’s Tower, but there are other candidates too; the Asgardian Palace, Tony Stark’s I’ve got a weakness for Doctor Strange’s New York Sanctum. 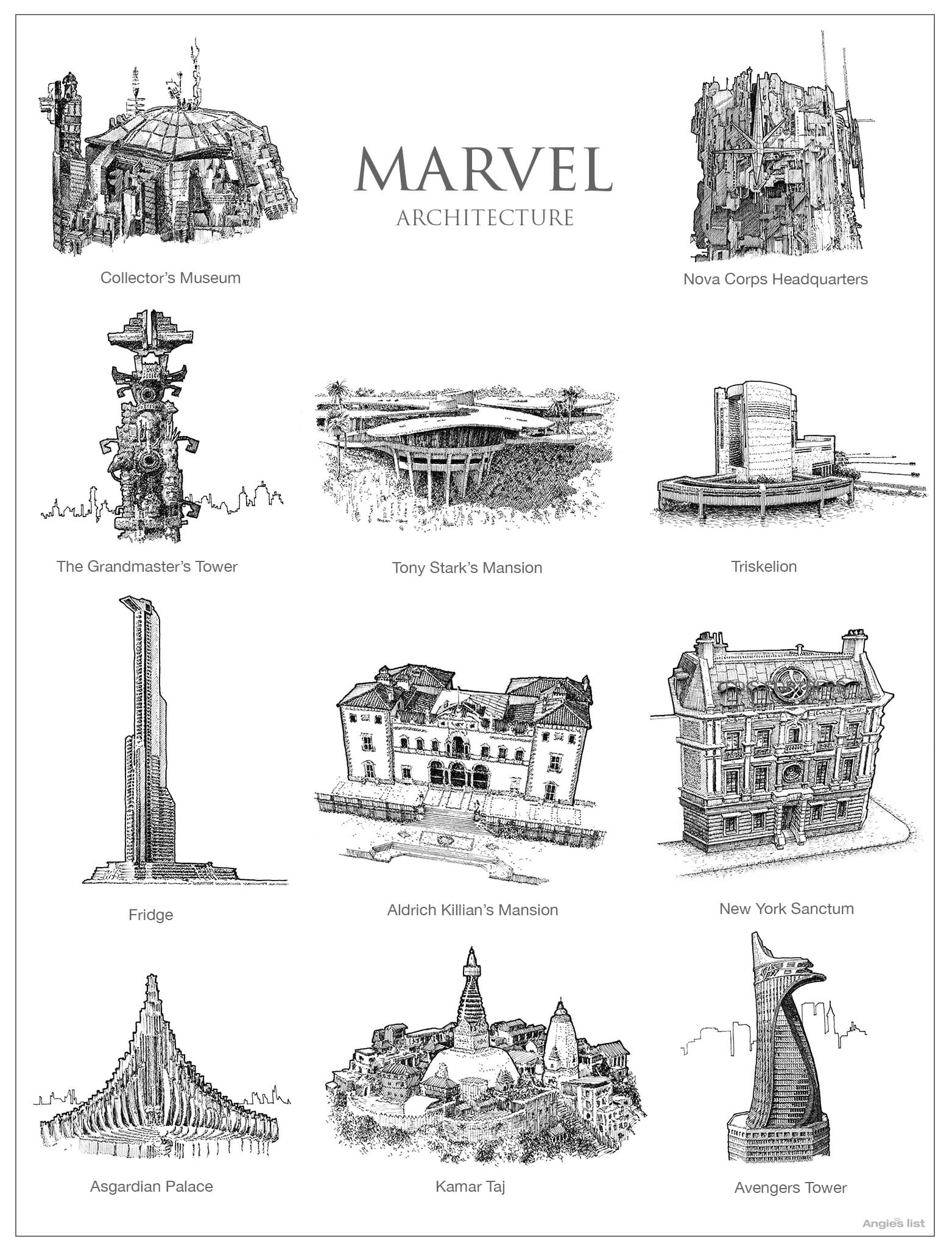 After Hogwarts what is your favourite building in the Potterverse? Gringotts? Hagrid’ Hut or perhaps the quirky Lovegood House? 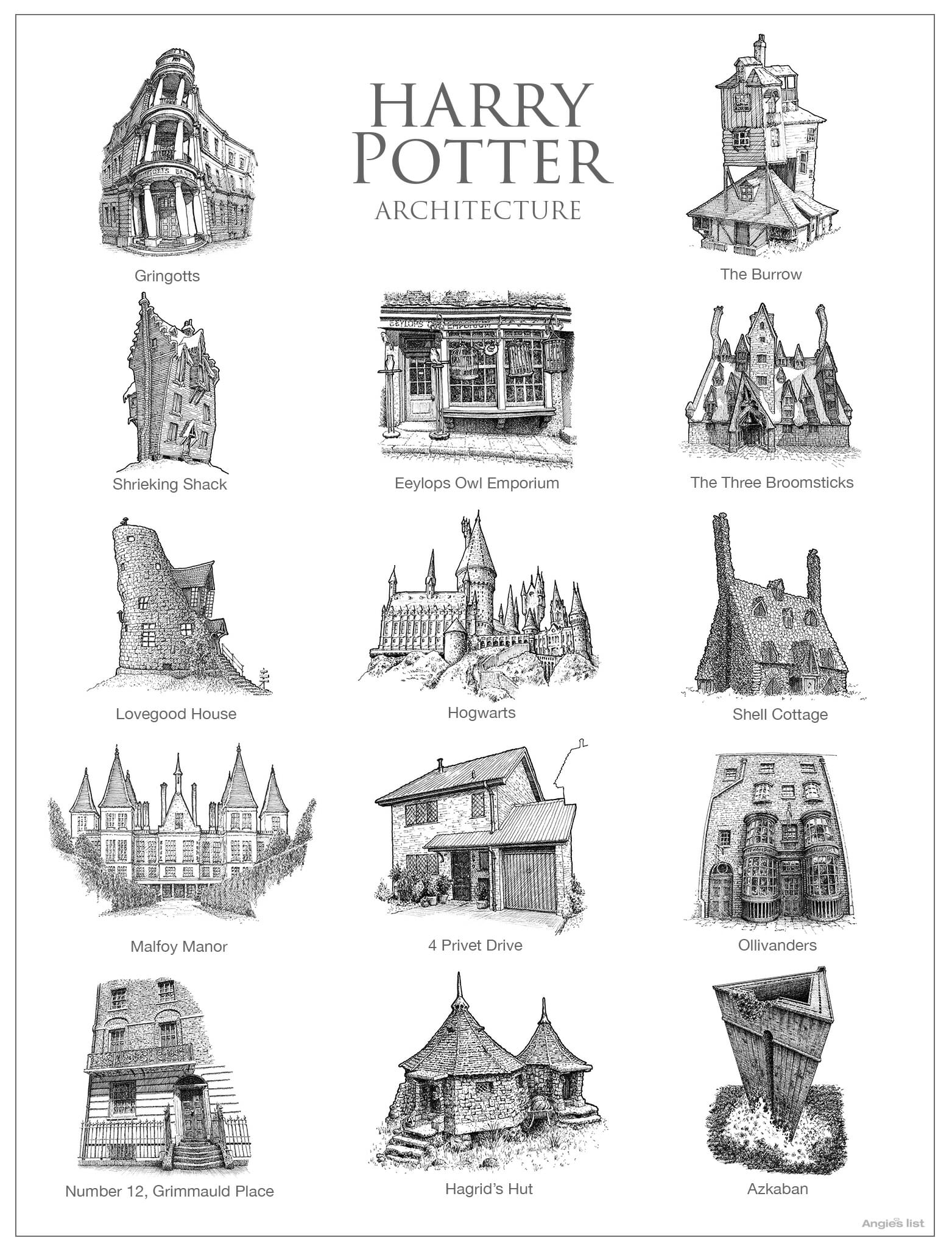 Lastly but certainly not least there is Game of Thrones. The TV series begins with the architecture giving it a special focus. I think these drawings remind us of just how challenging some of the sieges in the books must have been – look at The Eyrie or Casterly Rock as hard places to get your army inside! 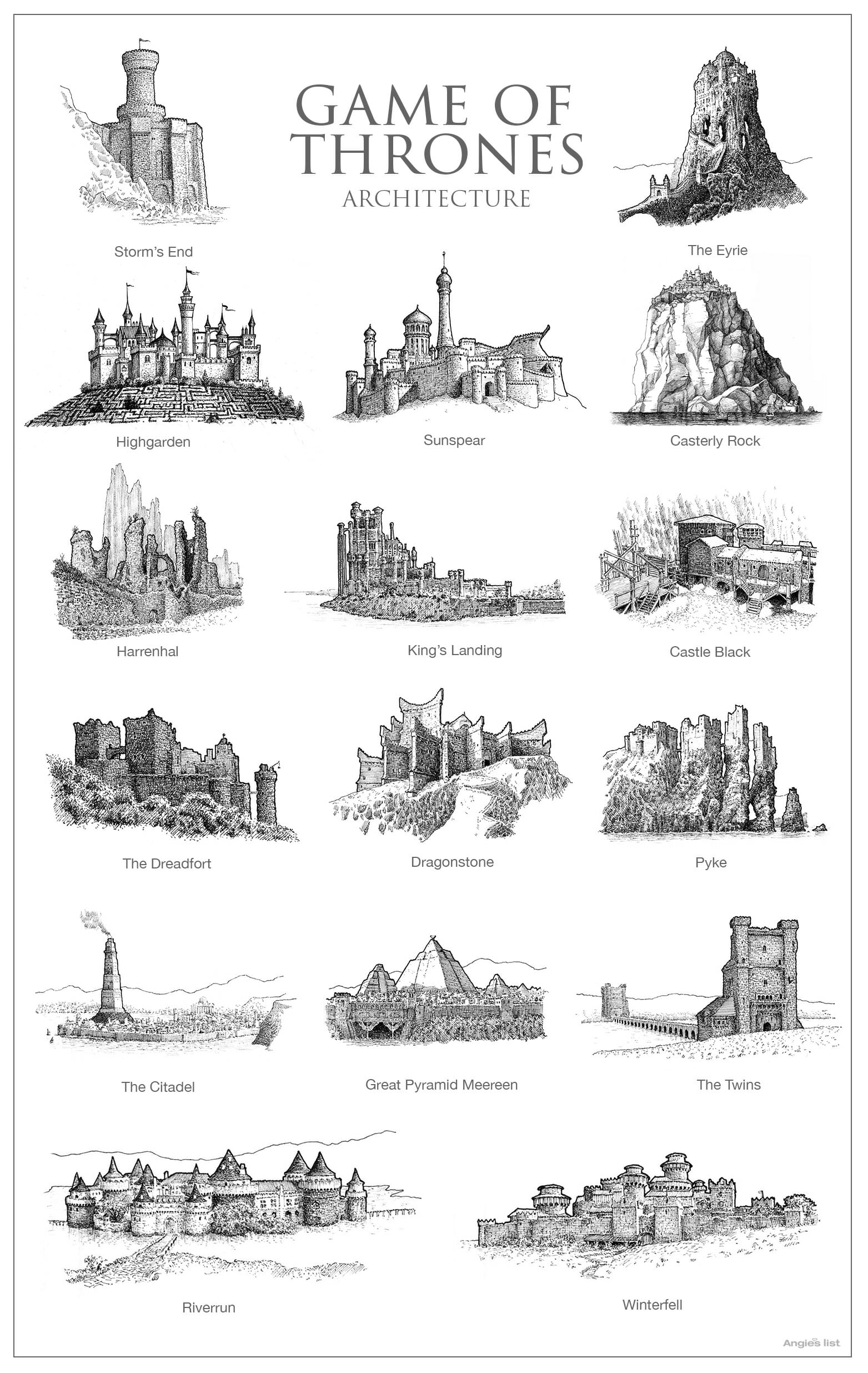 Online Shows Netflix adds Prodigy to its catalogue today, but i…
💰 Copper Coins 💰 Geek Native is an affiliate and may earn commission on purchases you make from third-party sites.
🍪 Privacy & Cookies 🍪 The site uses cookies to survive. By accessing the site, you agree to use your browser to control cookie use or take 1d4-3 privacy damage (tracking). If you defeat cookies via ad blocking, please consider the Patreon. An intro to cookies, and how to control them, can be found here.
I Manage Cookies