Mattson Tomlin and Andrea Sorrentino’s Batman: The Imposter is out tomorrow, on the 22nd.

Early in Batman’s mission in Gotham, a criminal-killing imposter appeared when his impact was beginning to bite.

Mattson Tomlin created Netflix’s Project Power and directed the upcoming Mother/Android. Tomlin has teamed up with the Eisner-carrying horror artist Andrea Sorrentino for this graphic novel, and we get that vibe from the trailer. Previously, Sorrentino has worked on Joker: Killer Smile and Gideon Falls.

Bruce Wayne s mission as the Batman has only been underway for a year or so, but he can tell he’s making a difference in this city. Unfortunately, he s made some powerful enemies and not just among the colourful maniacs called super-villains. All the traditional power brokers of Gotham resent the disruption the Batman has brought to town and it seems one of them has a plan to neutralize him. There’s a second Batman haunting Gotham’s rooftops and alleys and this one has no qualms about murdering criminals, live and on tape. With the entire might of the Gotham City Police Department and Gotham s rich and powerful coming down on his head, Batman must find this imposter and somehow clear his name but how can you prove your innocence from behind a mask?

The 176-page book is already 5th in DC’s rankings on Amazon UK. It’s a DC Black Label title and whoever uploaded it to YouTube called it “The Batman: The Imposter”, which is a frustration as “The Batman” and “Batman” have different meanings, or suggestions, at least. The book, though, is usually called Batman: The Imposter. 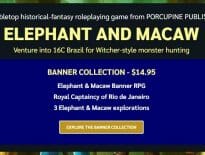 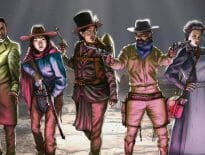