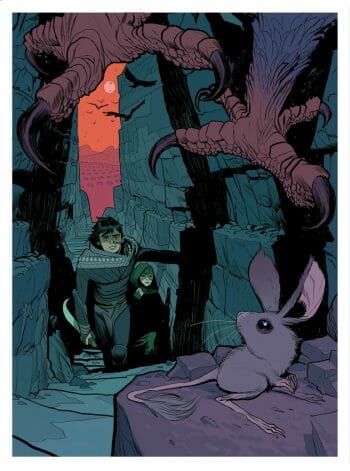 Denis Villeneuve, the filmmaker responsible for Blade Runner 2049 and Arrival, is rebooting Dune. Frank Herbert’s novel has become legendary, lasting beyond his death and first seeing a big picture adaptation by David Lynch in 1984. In the original movie, Kyle MacLachlan played the lead role as Paul Atreides and according to The Hollywood Reporter Timothee Chalamet, from Call Me by Your Name, is being considered for the same role in the new film. Production starts in 2019, and we should have a new tabletop Dune RPG before that.

The first Dune tabletop RPG never was. Brian Herbert, Frank’s son, agreed with Last Unicorn Games a licensing deal back in 1996. Last Unicorn Games managed to complete the Dune Collectible Card Game, but the RPG itself became entangled in the legal disputes over the license. Wizards of the Coast bought Last Unicorn Games and discontinued the project although a very limited 3,000 copy run of ‘Dune: Chronicles of the Imperium’ was made available at Gen Con 33.

Today, Gale Force Nine (aka GF9) announced they had secured a multi-year deal not just with Herbert Properties to land the master license but with Legendary Pictures too.

GF9 will produce original tabletop games spanning many of the original publications from Frank Herbert, Brian Herbert and Kevin J. Anderson, who all wrote for the series, and there will be multiple direct tie-ins with the Denis Villeneuve film made by Legendary Pictures.

We’re not just getting one Dune tabletop game, we’re getting many, and future games will reflect the movie.

We’re getting the Dune RPG first. As master license holder Gale Force 9 can appoint sub-licensees and they’ve wasted no time in doing so. The UK’s Modiphius have been appointed to publish the Dune RPG in 2019. Modiphius are everywhere right now, currently running the Vampire: the Masquerade 5th edition pre-order, taking home a bunch of ENnies (including Gold for Best Miniature Product), distributing Mutant Year Zero and publishing Achtung! Cthulhu, Conan, Fallout: Wasteland Warfare, Mutant Chronicles and Tales from the Loop.

With this master license, we are excited to collaborate with our peers and leverage their unique expertise to realize a complete spectrum of game types and authentic experiences,”

Gale Force Nine make games, including Dungeons & Dragons titles, for under license. They’re owned by the Battlefront Group who publish the Flames of War miniatures range. The combination seems to work well for Legendary Pictures who must see the company as well positioned to support the relaunched Dune.

Gale Force Nine has consistently demonstrated a skill and passion for building successful tabletop game series alongside category leading partners and we are thrilled to announce this exciting addition to the Dune licensing program,”

“Legendary looks forward to a fun and meaningful contribution to this revered legacy property.”

If Denis Villeneuve is successful, then Legendary might stop calling Dune a ‘legacy property’. Gale Force Nine will undoubtedly hope that’s true as they have big plans for the franchise. John-Paul Brisigotti, CEO of GF9, added;

This is only the beginning of our big plans in tabletop for this captivating franchise,”

“Dune is a rich and wonderful universe, and we expect to produce an equally expansive and inspired line of games for years to come.” 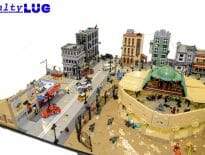 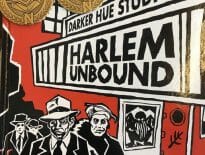