You are here: Home / Games / Tabletop & RPGs / KeyForge is a new game from Magic: The Gathering’s inventor and Fantasy Flight Games 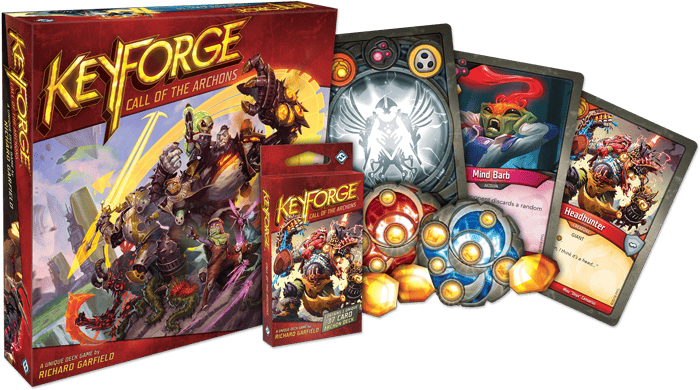 KeyForge doesn’t seem to take itself very seriously (watch the trailer video, and you’ll see what I mean), but it does tackle one of the problems which seriously put people off collectable card games.

There was a time when I played Magic: the Gathering when each rare card was a discovery worth celebrating. It was a card that no one else had (none of my friends had).

For me, and others, collectable card games became an arms race fuelled money. Rare cards weren’t that special; someone just threw money at the problem until they got the card they wanted.

You can’t do that in KeyForge. You can’t customise your decks at all. Each booster contains a complete deck.

There’s no pressure to throw money at the problem until you get the same rare combination as everyone else because it can not be done. Each complete deck in each booster is unique.

Richard Garfield designed KeyForge. If the name sounds familiar, it is because he’s the designer behind Magic: the Gathering. At GenCon, Richard has already said that he hoped the game would bring back the sense of discovery to card games.

In KeyForge powerful being known as Archons fight in a world known as Crucible. A game of KeyForge is a race to be the Archon first to forge three keys.

Each Archon uses creatures from three of the Crucible’s seven factions. The cost of playing cards is free, but as a player, you have to find the balance between trying to stop your rival and using your forces to collect Æmber. If you have six Æmber at the start of your turn, then that’s enough to forge a key.

The KeyForge: Call of the Archons starter set is unusual in that of the four booster decks (aka Archon Decks) two of them are always the Archon Miss “Onyx” Censorius and Radiant Argus the Supreme and are standard and have the same cards in every copy.

It’s not live yet (just a redirect) but KeyForgeGame.com will become a community for players.

The idea is you can register your unique Archon deck and let the world you have it.

At the same time, you’ll be able to use KeyForgeGame.com to look for players near you, get into tournaments and Fantasy Flight Games Organized Play.

The site is a good idea. If Twitch likes KeyForge, then I can see the ‘don’t call it a collectable’ card game taking off.

I said at the start that KeyForge didn’t seem to take itself too seriously. After all, it does have a Yo Mamma card and wanted to highlight that a launch. There’s something about the tone, and character design of KeyForge that reminds me of Overwatch and I don’t think that’s an accident.

You can read more about KeyForge over at FFG. 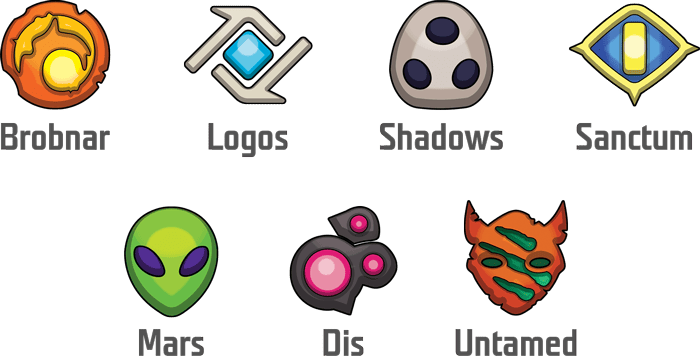 KeyForge is a new game from Magic: The Gathering’s inventor and Fantasy Flight Games

Tabletop & RPGs Wizards of the Coast pull a welcome U-turn on Eber…
💰 Copper Coins 💰 Geek Native is an affiliate and may earn commission on purchases you make from third-party sites.
🍪 Privacy & Cookies 🍪 The site uses cookies to survive. By accessing the site, you agree to use your browser to control cookie use or take 1d4-3 privacy damage (tracking). If you defeat cookies via ad blocking, please consider the Patreon. An intro to cookies, and how to control them, can be found here. I Manage Cookies