What a long blog title! This post has come about because I was pointed in the direction of a video staring geek comedian Tom Scott, some LG inTouch Max Android phones and a Top Gear style race in order to win some Lady Gaga tickets (with the tickets going to the winner, btw).

The video is up first. However, I made the die roll on the bravery check and brazenly asked for more! The reward for success? A short, but exclusive, Q&A interview with Tom Scott himself!

Q: We’re cheekily asking for some extra stuff – like a chance to Q&A interview you – so we can post it alongside your Lady Gaga Race. Are we geeky buggers or clever dicks? What do you think?

I’m not sure the two are mutually exclusive!

Q: Any plans to do a sequel that features two Lady Gaga lookalikes in a race?

Well, there are now. Seriously though – with those shoes, and how much trouble she must have seeing in some of those outfits, there could have a whole Olympics based on that. In lane one: Lady Gaga with cigarettes over her sunglasses. In lane two: Lady Gaga entirely covered in a red tablecloth. Actually, yes. If anyone fancies sponsoring that, it’s a great idea!

Q: How did the phones cope with the experience? Any battery changes? Any battles for signal? That sort of thing.

In all honesty, they worked really well – I’m not just saying that because the video’s sponsored. (Believe me, if it was a bad phone, I’d be letting you know.) The GW620’s not the speediest Android phone in existence, but I’d say it’s absolutely the best smartphone in its price range. No battery changes, no loss of signal except in very rural areas – Google Latitude did show Matt as being in a nearby lake at one point, but I can forgive that!

Q: What does the LG brand make you think of?

After spending hours and hours filming in the freezing cold outside that arena? The fact that I need to buy a new jacket.

Q: What should we expect from Tom Scott in the future? Any clues into your next projects?

The first episode of the Technical Difficulties, the web-TV pilot that both Matt and I have been part of, should get released this week at techdif.co.uk. That’ll feature one of the biggest things I’ve ever helped to put together, involving some virtual reality goggles and a transatlantic video link…! 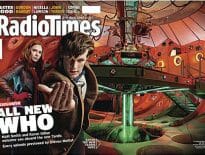