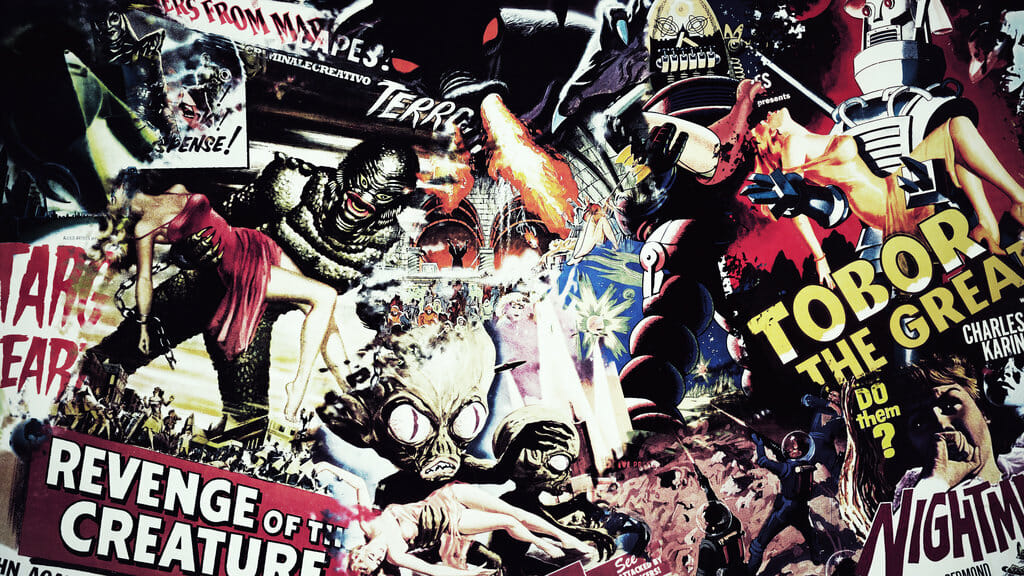 British retailer Carphone Warehouse has put a Massive Movie Calendar online. It’s part of their broadband section, so I guess that’s a nod at the fact we tend to stream out movies these days.

You’re supposed to use the calendar to find out what to watch today, and they’ve mapped events in the movies, I think, to the date in question. For example, I’m writing this on July 18th and on this day in 1936 the Spanish War started. Carphone Warehouse’s Massive Movie Calendar suggests I watch Ay, Carmela! which manages to be both a war movie and a comedy.

As you’d expect with one listing for each day, there are 366 movies in the calendar. What’s a geek to do with a bucket of data like that? That’s right. I ran the numbers.

After a little bit of data cleansing (‘Sci-Fi’ and ‘Sci Fi’ merging into one, that sort of thing) I determined there were 19 unique genres in the database.

I also had Metacritic rating for each one of those.

Carphone Warehouse’s team have picked an excellent collection of 366 movies. The average Metacritic score in The Massive Movie Calendar is an impressive 73.

Some favourite geek genres don’t do well! Horror, for example, comes in joint last place with Mystery and the movies Carphone Warehouse selected in those genres score, on average, 66.

Sci-Fi does a little bit managing to climb to 68, and the Fantasy genre takes us up to nearly average with an average Metacritic score of 72.

It’s worth pointing out that ‘Animation’ as a genre (their choice, not mine) beats average with a Metacritic score of 74 and I’ll also argue History is also pretty strongly aligned with geek native’s interests, and the movies in the Calendar have an average score of 76.

Tabletop & RPGs A legend returns! Trogdor the Burninator gets a bo…

Geek Stuff The Simpsons sofa in a half-dozen conflicting cont…
💰 Copper Coins 💰 Geek Native is an affiliate and may earn commission on purchases you make from third-party sites.
🍪 Privacy & Cookies 🍪 The site uses cookies to survive. By accessing the site, you agree to use your browser to control cookie use or take 1d4-3 privacy damage (tracking). If you defeat cookies via ad blocking, please consider the Patreon. An intro to cookies, and how to control them, can be found here. I Manage Cookies