You are here: Home / Geek Stuff / The Simpsons sofa in a half-dozen conflicting contemporary styles

Last year HomeAdvisor had a ‘viral’ hit with a blog post that showed the Simpsons House in eight popular architectural styles. Design blogs lapped it up.

This year the company is back with another Simspons themed marketing effort. Sadly, we don’t get illustrations this time and make do with reality. The team put together the Simpsons front room a dozen different times, each time in a different style, and photographed it from the same angle. Fan of interior design? Then you’ll like their resulting blog post. 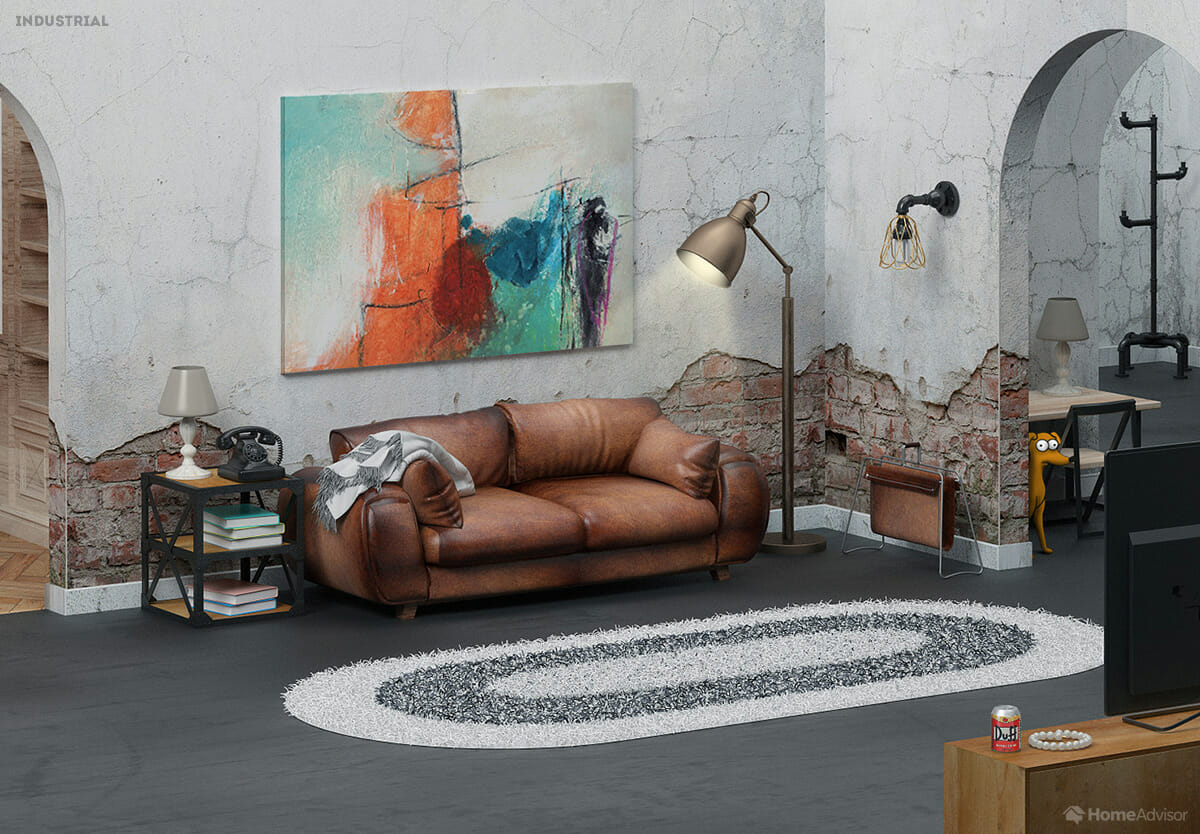 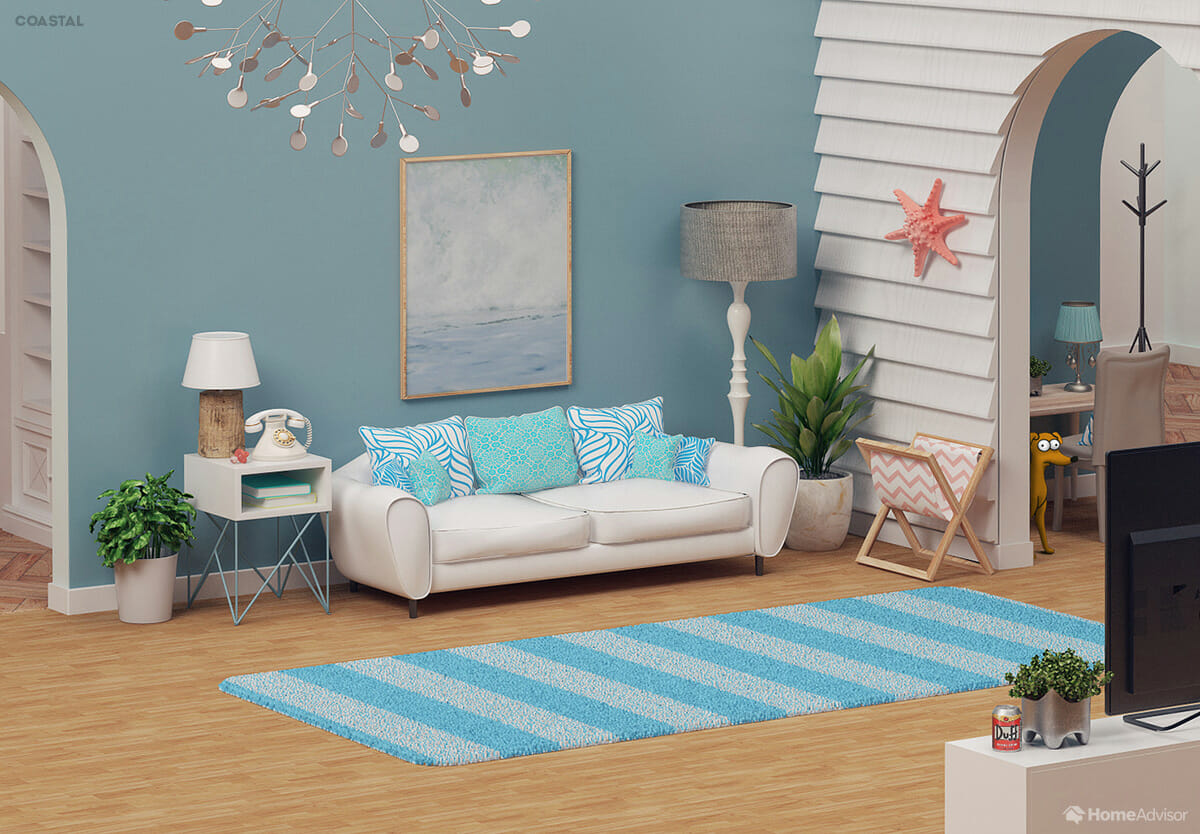 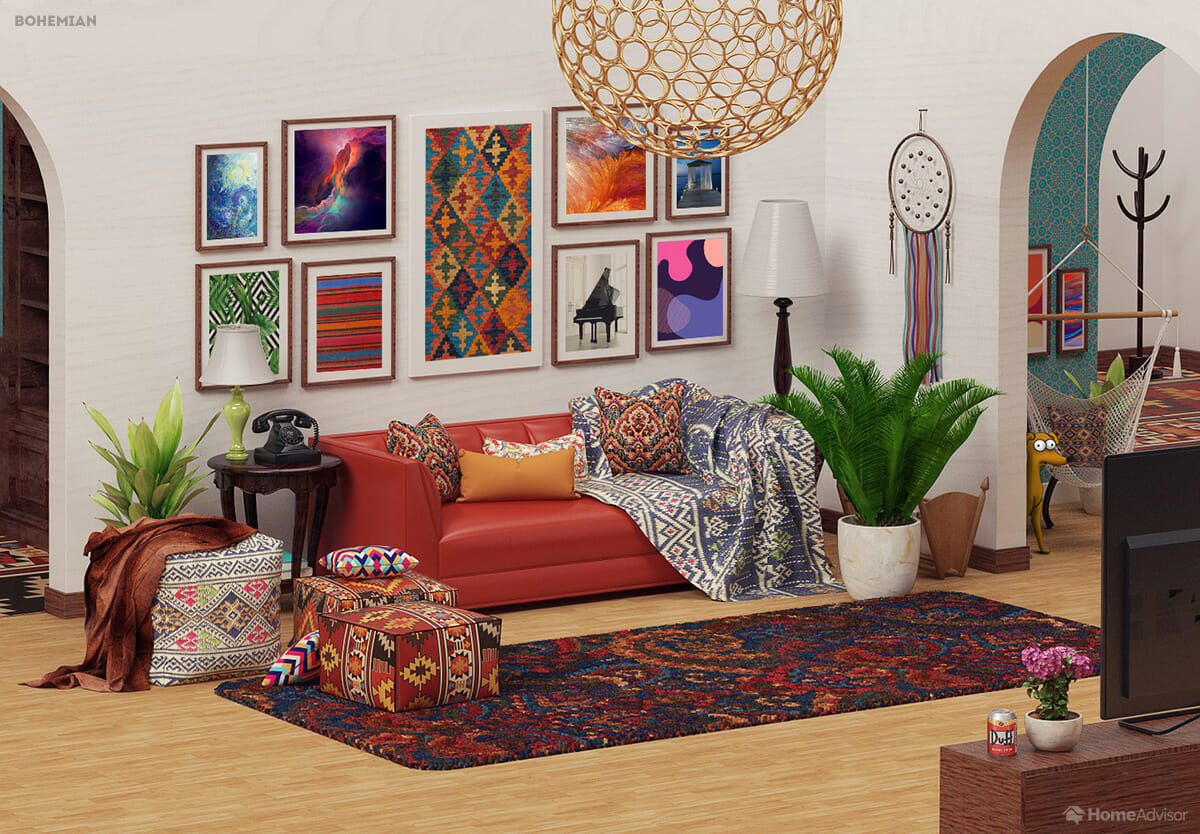 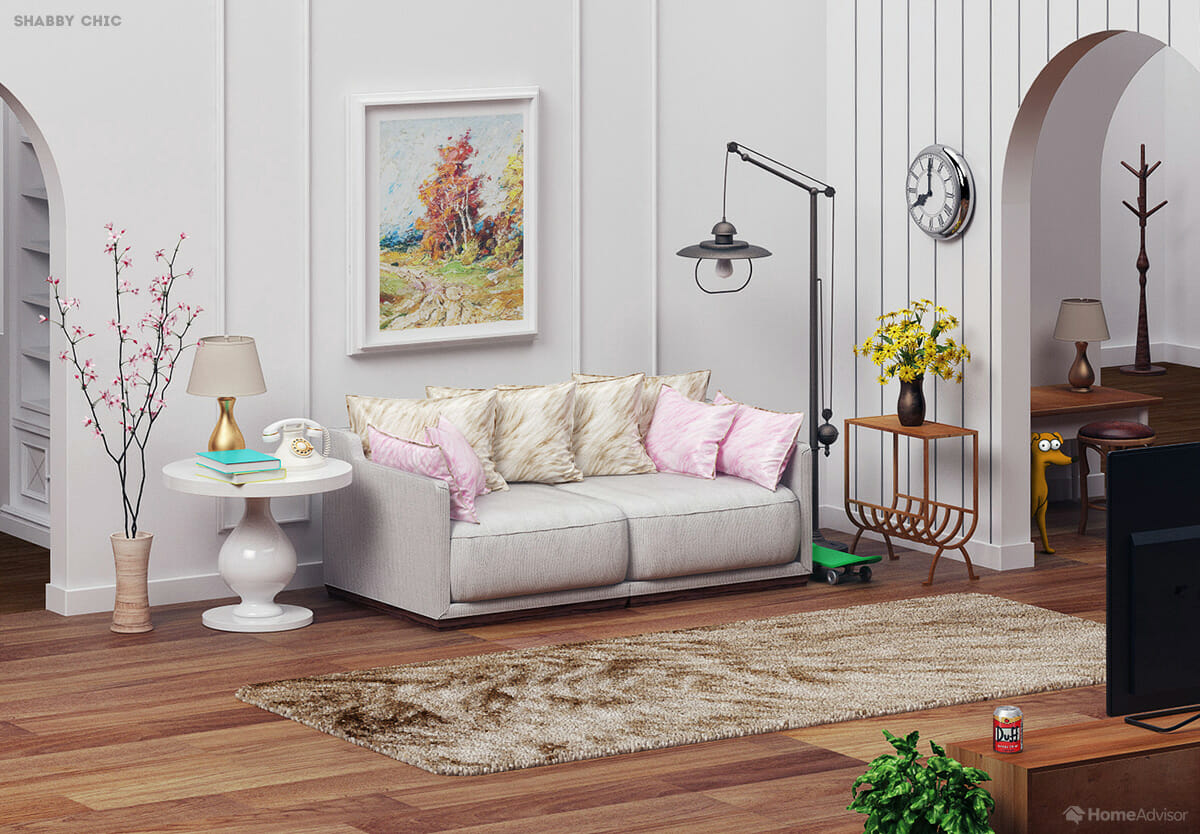 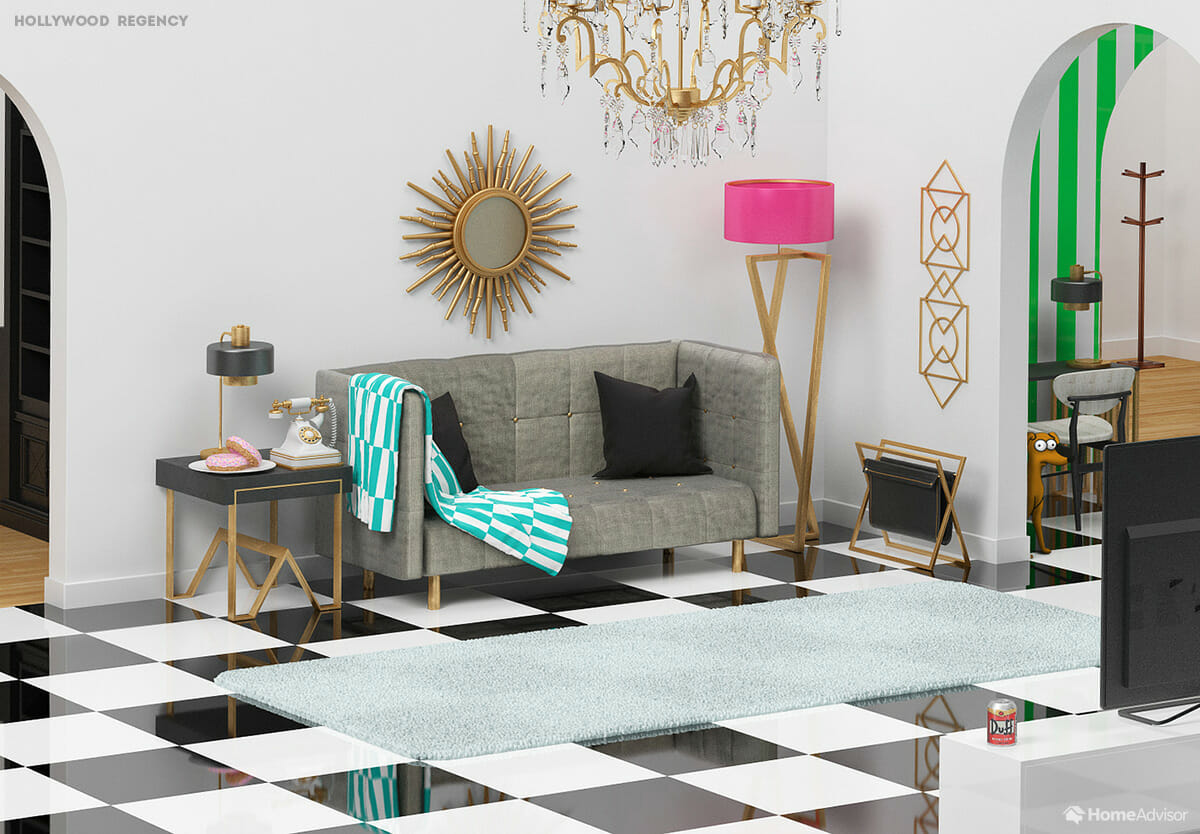 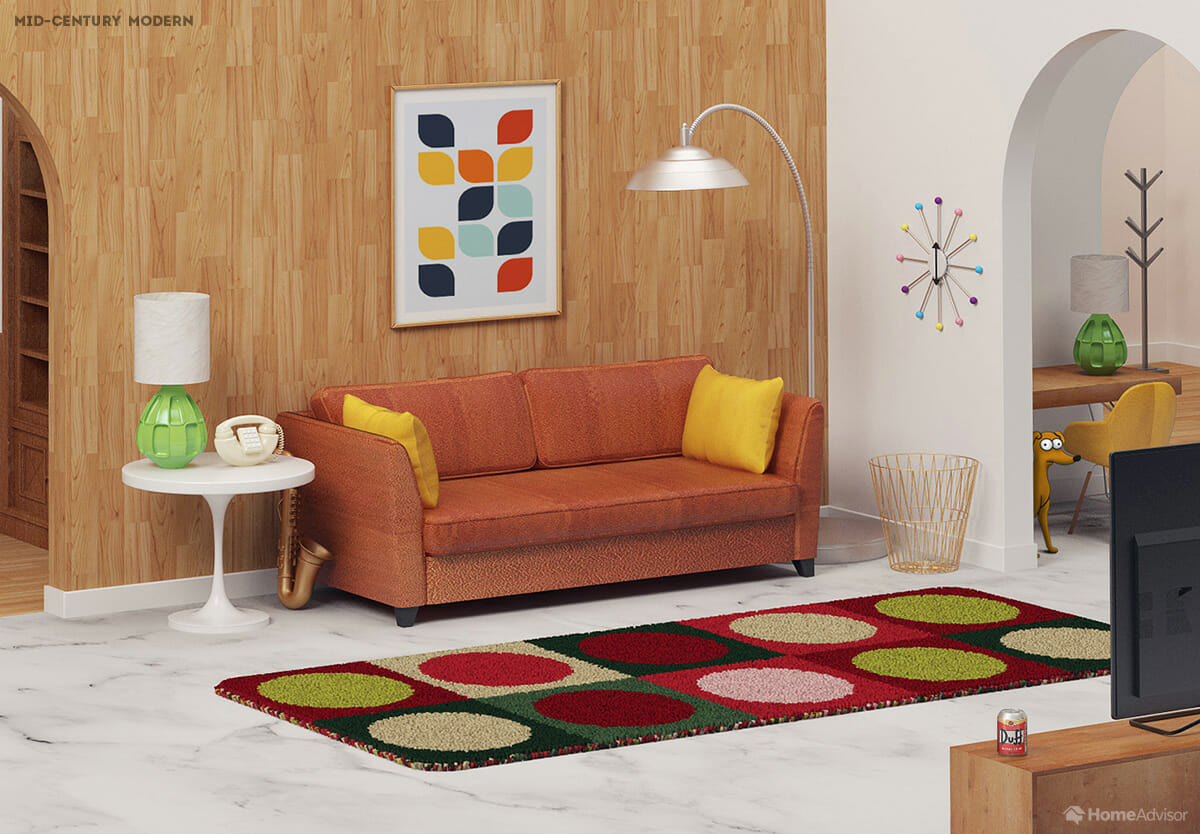 Frankly, I can’t imagine playing either Dungeons & Dragons on any. At a push, I think Industrial might be a gamer’s sofa and a place to crash and play Destiny. Most of all, though, I approve of the cheeky wee Santa’s Little Helper they smuggled into each image.

Did you know Guillermo Del Toro was a guest director for one of the sofa gag introductions?

The Simpsons sofa in a half-dozen conflicting contemporary styles 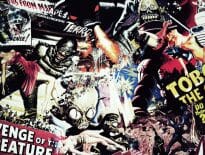 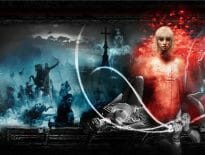