You are here: Home / Games / Tabletop & RPGs / Triumvene: An RPG inspired by the impressionist art movement

Pete Watson-Wailes’ Triumvene uses a new game engine called The Imperial System which firmly puts combat on the second tier. The Kickstarter funded in 85 minutes and you can follow it here.

The art style in Triumvene is curious. There are standard fantasy illustrations of non-standard fantasy creatures and photo-manipulations. I think that’s a picture of Edinburgh in the Kickstarter pitch. I hope this works.

What happened to the standard fantasy races? They have too much baggage and so have been dropped.

Triumvene: An RPG inspired by the impressionist art movement 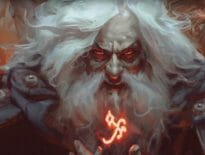 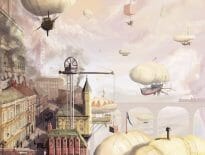