As a DM I don’t tend to use minis that much as I prefer the theatre of the mind. There are times when miniatures do help out the game, though, like helping to visualise a complicated melee fought over new terrain. Player handouts play a similar role. You may not use them very often but when you do they are impactful, and it is essential to get right. I wanted to see if I could do a bit better than merely sliding paper decorated with laser toner across the gaming table.

My idea was a basic one. I’d seen some fantastic screen prints on Etsy, and I wondered if the same techniques could be used to create handouts for players. Imagine handing out a cloth that seemed to be decorated in the Royal Emblem but also splattered with blood. Wouldn’t that add to the atmosphere of the game in a way that flipping the laptop around to show the same illustration might not? 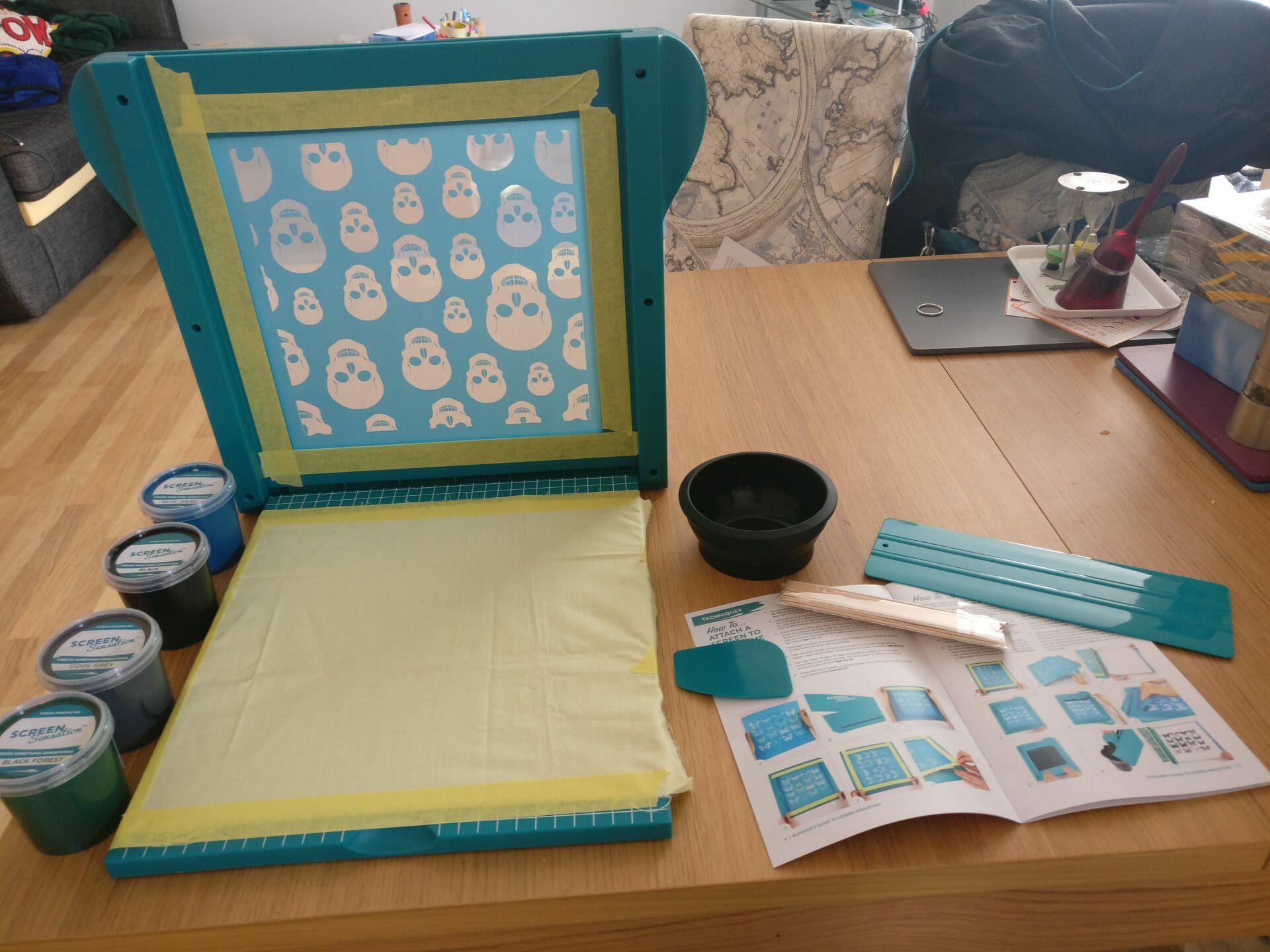 Spoilers! You can screen print handouts, and it’s easier than you might think and it works very well.

I had the chance to use a Screen Sensation from Crafting.co.uk. I did have some problems. The most significant hurdle is the extreme popularity of home crafts right now. It was difficult to find the patterns and colours I wanted before one or the other sold out. I ended up scrapping my original plan of working with a Royal Emblem because the cool designs suitable for that such as the owl or unicorn would vanish from the available supplies before I could blink. It turns out that once you level up a bit in your screen printer skill tree you can make your own designed patterns and this might be where some of the more crafty DMs go.

In the end, I went for some skulls – can’t go wrong with a design like that for warning posters, plague cults or pirates, right? And a splatter effect which I could use for slime or blood. I think primary colours would work best in ink, but I settled for lots of black, dark blue and dark green.

Having plenty of space to work with is vital. We’re dealing with gloopy inks for screen printing, and I would hate to think about the damage done to carpets or soft furnishings. One of the accessories I got with the Screen Sensation is this nifty little pop out bowl, and I think it’s great. I’ll use it for inks, and I can pack it flat and put it away when the project concludes.

As you can see from my photographs, I had help making the skull print, and we kept it sensible in this proof of concept. Sure, the Screen Sensation isn’t a massive device, but if I wanted a repeating pattern, then I’d be able to have the cloth I used hanging out the sides of the print and could move it along with each delicious spread of the ink. For most DMs screen printing handouts, maps and other game accessories I think the device is the right size.

Printing a small army of black skulls onto some cloth was straightforward and enjoyable. I can see why some people pick up the art and science of screen printing as a standalone hobby. I would certainly try this approach again, and I hope other DMs dabble in it too. 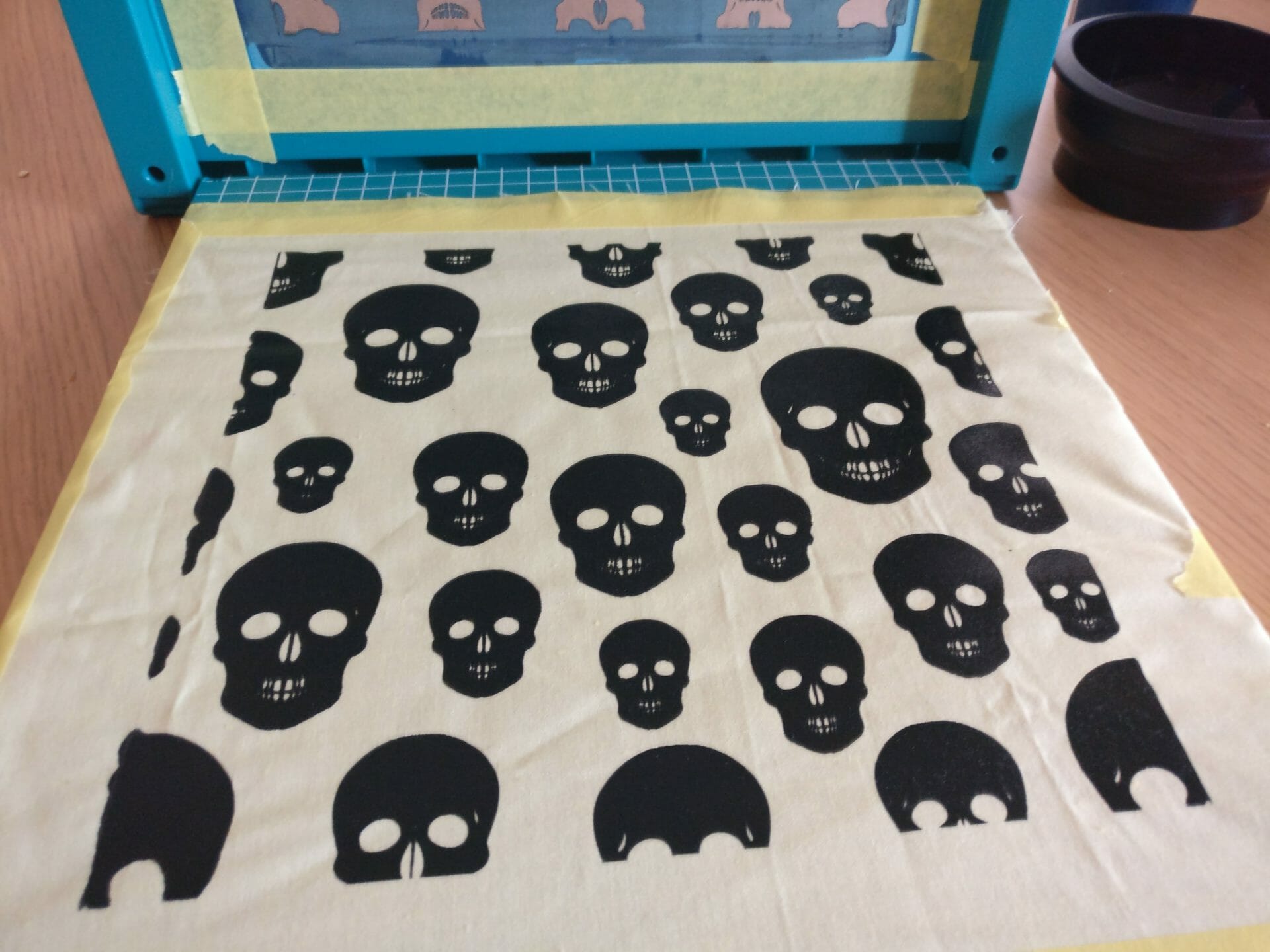 Disclaimer: My Screen Sensation was provided free of charge to assist with this write up as were the inks and the screen prints. The logistics around this freebie were the main reason why I had to purchase everything in a single goal at the site. If it’s not abundantly clear, the idea of taking craft and design hobby and checking to see if screen printing could apply to the arts of D&D was entirely mine! 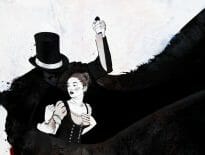 Geek Stuff What is International Pixel-Stained Technopeasant …
wpDiscuzComment Author Info
Manage Cookie Consent
This site uses cookies 🍪, and links are ads that may earn bloggers some money 💰, and with this alert, I very much hope that these dark truths 🧌 are acknowledged.
Manage options Manage services Manage vendors Read more about these purposes
Preferences
{title} {title} {title}
Loading Comments...