You are here: Home / Games / Tabletop & RPGs / EN Publishing tease The Possessed – For We Are Many

EN Publishing’s ‘WOIN Studios’ is working on new content for What’s OLD is NEW. The toolkit-orientated tabletop from Russ Morrissey. In particular the imprint is producing supplements showcasing the best of a parallel universe of film and TV. These are shows and movies that might feel familiar but never actually broadcast.

In ‘The Possessed – For We Are Many’ the demons live among us. These shadowy forces whisper to people and sometimes are let inside. Standing against them are the Exorcists, men and women with the authority to thrust these demons out from the bodies they have taken as homes.

The game, which needs WOIN, is written by Richard August. The cover art (and it’s not a final treatment shown here) is by Jason Juta. 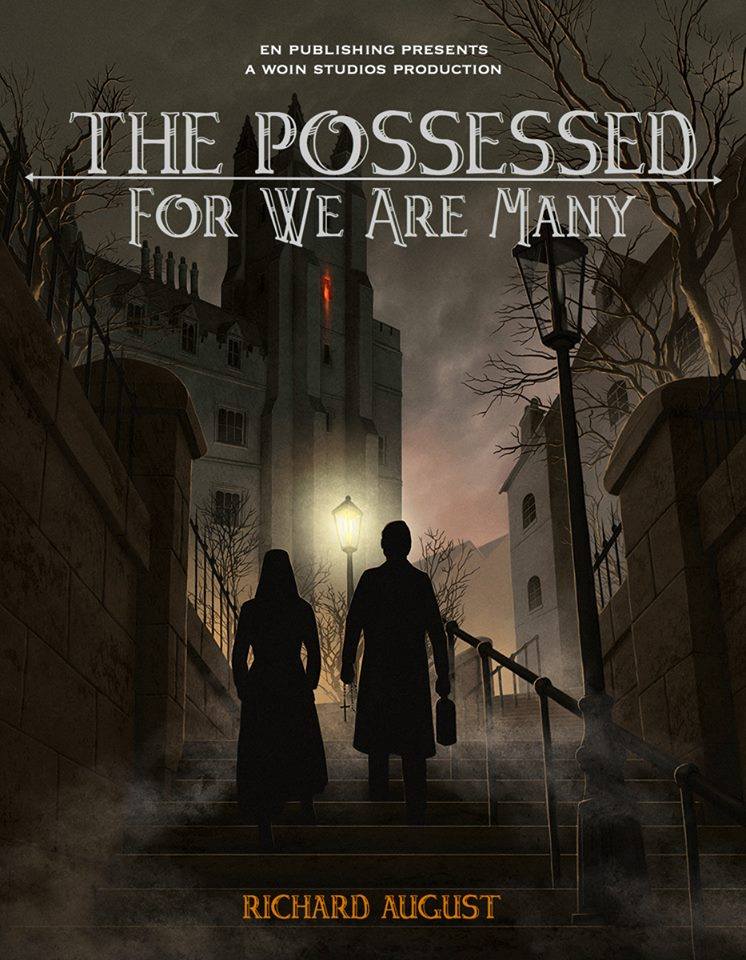 EN Publishing tease The Possessed – For We Are Many

Tabletop & RPGs TradeCraft Bonus: Download instant spell books and…
💰 Copper Coins 💰 Geek Native is an affiliate and may earn commission on purchases you make from third-party sites.
🍪 Privacy & Cookies 🍪 The site uses cookies to survive. By accessing the site, you agree to use your browser to control cookie use or take 1d4-3 privacy damage (tracking). If you defeat cookies via ad blocking, please consider the Patreon. An intro to cookies, and how to control them, can be found here. I Manage Cookies