You are here: Home / GameWyrd / The Lost Archives / Practical Wisdom by Fell Coldwyn

This article was submitted to GameWyrd by Wyrdling Fell Coldwyn. I was very happy to make a page just for it.

I’ve played various RPG’s for six years now, which isn’t long by most standards. Still, it’s long enough to notice something: namely, that a character’s Wisdom score, in all its variations, has little to do with their actual wisdom. I’ve seen characters that worked part-time on mountain tops as all-knowing gurus say such damning things as, “What’s the worst that could happen?” or, “Hmm… Hunting an ancient dragon named Skrag the Destroyer? Count me in!” I have even seen one character, an assassin known for his extremely reckless behavior, say, “I don’t think that’s a good idea, fellas.”

There’s nothing wrong with having a normally wise character act stupid. Quite the opposite, in fact; having characters act in ways you never expected is part of the fun. Foolish clerics and overly cautious thieves make for interesting games.

Usually, there’s only a problem if your “foolish” cleric has a Wisdom higher than minor godlings. Why? Because having intellectual wisdom doesn’t mean you have practical wisdom, or vice versa. Put another way, oneness with the gods and/or universe has little to do with knowing whether or not you should enter the dark, creepy tunnel.

Characters in role-playing games are, typically, not very wise, at least not practically. It’s not very much fun to play with a character who refuses to enter ancient crypts or tempt the wrath of the gods. Still some characters are wiser than others, and should act accordingly.

How do characters with practical wisdom act? It depends on how much practical wisdom they have. Characters can be grouped into 5 categories, depending on how wise they are: The Horror Film Coeds, The Curious Kittens, The Boy (or Girl) Scouts, The Pessimists, and The DM’s Worst Fears.

The Horror Film Coeds are so called because they belong in a slasher flick. These are the characters that, stuck in a house with a ravenous monster, would doubtless open the dreaded door, even if there was sinister music playing in the background. When encountering something dangerous, they scream instead of running. Even if they did run, and even if they were world class athletes, they would still somehow manage to trip over their own feet every five yards.

If you are playing a Horror Film Coed, pretend that you don’t have to worry about anything, because nothing bad can possibly happen. When something bad happens, freak. Big time.

The Curious Kittens have almost as short an expected life span as the Coeds. These are the characters who wonder what happens when the big red button is pressed. They are called Kittens because of the well known saying, “Curiosity killed the cat,” which, sadly enough, is often the case. Like Coeds, they’ll open a door even if there is sinister background music, though it’s most often because they want to know what’s behind it, instead of their reason being they don’t know any better. Unlike Coeds, Kittens will not stand and scream when confronted with danger; most Kittens who survive their first bout of curiosity know to run like the wind. In many ways, Curious Kittens are the most fun to play; just pretend that there is a treasure chest filled with goodies behind every door, waiting to be revealed, if only you would pull that shiny lever.

The Boy (or Girl) Scouts get their name from always being prepared. They’re the characters who brought the wooden stakes, just in case, and have a Monster Manual tucked in their backpack. A Scout’s response to the discovery of a door, followed by sinister music, is to say, “A sinister door? I have just the thing for that!” They then rummage through their things for their Sinister Door Opener.

When meeting danger head on, Scouts can best be described as foolhardy. Unlike the Kittens or the Coeds, Scouts are certain they can face down any threat, because they started the adventure prepared for such things. The Scout is the character most likely to say things like, “Is that the best you’ve got?” If your character is a Boy or Girl Scout, pretend that nothing catches you off guard. If you run into an ogre, grab your ogre-bashing gear. If the ogre beats you senseless, moan painfully even as you pull out that bundle of bandages you brought (just in case).

The Pessimists are wiser than most in the world of role-play, because they expect the worst to happen. When encountering any door, their first instinct is to assume some ghastly monster is behind it, whether there is sinister music or not. They believe that the ice cream truck merrily chugging down the street will transform into a zombie dragon, explode, or both.

Pessimists themselves can be divided into two groups: runners and fighters. Both take it as a given that they will run into danger; their only difference is in how they react to it. Runners will take off at the first opportunity, occasionally sprinting for safety even before the adventure starts. Fighters arm themselves with the largest, deadliest weapons they can find, grimly determined to go down fighting. Being pessimists, they naturally assume that they will go down sooner or later. Playing a Pessimist is a bit like playing a Kitten, only backwards. Assume that every entryway, lever, floor and chest is a trap, and either run for it or blow the damn thing up before it can do the same to you.

The DM’s Worst Fears are by far the rarest of the characters, and the wisest. They are the ones who know exactly what to do in any situation, the survivors. They are neither pessimistic nor optimistic; rather, they are self-confident to a fault. They are certain that no matter what happens, they will be able to deal with it. The part that makes them so scary is that they are almost always right.

When encountering a door and hearing sinister music, the fearsome character will respond by kicking down the door and shooting the monster behind it in the eye. Then they’ll turn around and kick the monster- the one that was supposedly lurking behind them unseen- in the spot where it’ll do the most good. When facing danger, the DM’s Worst Fear will typically conquer it.

Playing a DM’s Worst Fear is definitely the hardest of the five. In order to do it, you will have to pretend you can read the DM’s mind, and pretend well enough that you actually succeed. Then you’ll have to skillfully counter whatever they are planning, and hope that your DM doesn’t respond by having a random hole in the space-time continuum tear your character to pieces.

Remember that these only refer to the character’s practical wisdom. A character can very well know better than to climb down into a hole, especially if they hear strange chittering noises coming from it, and still feel that Curious Kitten compulsion to drop in and look for treasure. Likewise, your character could be dumb as a rock and still pack enough equipment to stop an army, if only because he doesn’t know what he’ll need and decides to bring it all.

Don’t take the information presented here as rules or guidelines, people. It’s not intended as such. This essay is a suggestion: A low Wisdom score doesn’t have to mean your character acts like a fool, and a high Wisdom score shouldn’t mean that your character is all-knowing. That’s what a high Intelligence is for.

"Encumbrance - Did you even read the rules?"
The Lost Archives

time to read: 5 min
The Lost Archives The Friendly Face of Fear 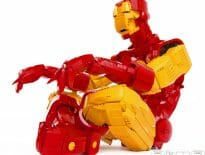