You are here: Home / Geek Stuff / The height of civilisation: violent games banned in Venezuela

As I recall Mega-City One has a law against dealing in old comics. That’s fiction, right, surely nothing in real life would be so stupid? Right?

After a few months in the Venezuela courts the new law – Law for the Prohibition of Violent Video Games and Toys – is now in place. It covers video games or programs that can be used on personal computers, consoles, portable devices, mobile telephones or arcade systems.

If you’re found guilty of having, importing, selling or distributing anything the law disapproves of then it’s 3 to 5 years of jail time for you.

The Venezuelan president Hugo Chavev is backing the law. He’s on record as describing video games are a capitalist tool for sowing violence and assisting in the sales of both drugs and arms.

“Those games they call PlayStation are poison,”

“That’s capitalism, the road to hell.”

The height of civilisation: violent games banned in Venezuela 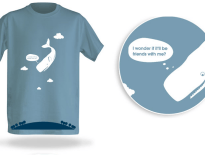