You are here: Home / Geek Stuff / There are more cocks on ChatRoulette than Xbox Live (via @darthchix0r)

Gaming superstar Lisa Foiles bravely stepped into the Xbox Live spotlight for “Game with Fame”. It’s a Microsoft ploy that lets the great unwashed masses game with someone famous.

You can imagine just how popular the Lisa Foiles event was going to be.

Needless to say; Lisa (aka @darthchix0r) quickly hit the friend invite limit and encountered all the associated problems with that. 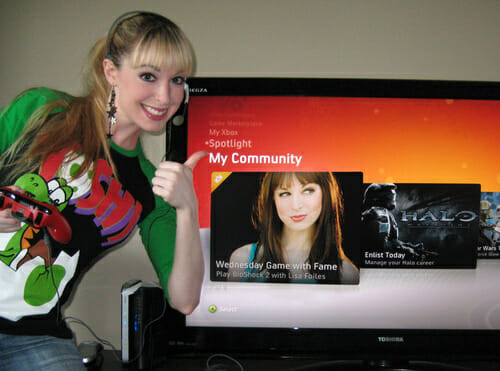 You can read all about it over at her guest post at Kotaku. (That’s where I’ve nabbed the above picture from; without permission too – slap down coming in 3, 2, 1 …)

Lisa’s also posted her (estimate; I hope) notes on the contents of the messages she recieved during the event. 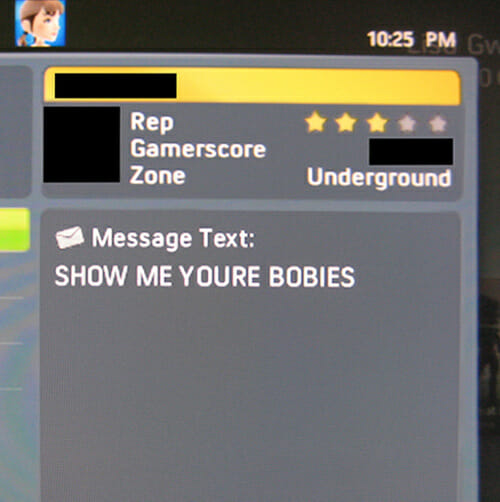 I know Xbox police Live and will likely kick those 1% cocks out (and good riddance too) but I’m pleased the number is slow low.

Compare that to ChaRoulette. I’m yet to even think about trying the service – it’s jumped the shark now and the chance of being connected with a middle American cock are too high.

I don’t mind the trolling though. Some of the ChatRoulette trolls seem to have a sense of humour (utterly unlike the Xbox Live trolls).

Don’t believe me? Try this video. The mystery guest/strangers think (at least for a second) they’ve connected with a hawt and nekkid chick.

It all reminds me of a social media promotion that French Connection and hip London agency Poke are running.

The prize is $250 and, in summary, you had to seduce a woman on Chatroulette and send in the evidence to claim your prize. 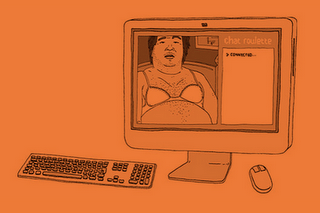 As you can imagine; word spread quickly.

Also, as you can imagine; some women were annoyed. Turns out that many of the women where annoyed that only men could enter!

So, French Connection and Poke changed the rules – now women can play the game too. 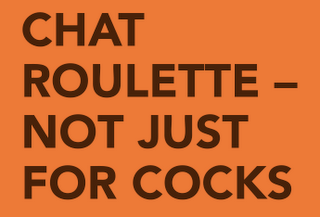 Okay; this is a bit of a ramble but my point is this – people go to Xbox Live to play games not to deal with cocks. There are other places for those sorts of trolls to go. The internet is big enough for everyone to find their own little corner.

Hmm. Should I say that Lisa Foiles dressed as Harley Quinn is one of the most popular pages on this tiny blog? No. Doesn’t seem like a good time!

There are more cocks on ChatRoulette than Xbox Live (via @darthchix0r) 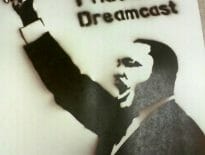