In a post over at DC Universe Straczynski gives us some clues as to the direction of both characters. This is par for the course. A new writer comes on board and fans know to expect a change in focus; question is – how much of a change?

As part of that process, we’re going to be looking more closely at how Wonder Woman appears, and functions, and her role in the DCU…and what we have planned will, we hope, come across as dynamic and powerful as she deserves to be.

Similarly, we plan to bring Superman back to his roots, to really explore who he is…how he sees us, and how we see him, in a much more personal way than we’ve seen in a while. This is part of a larger effort that will have national ramifications, but I can’t say much more about it than that for now. Keep an eye on this website for more information when the time is right…but for now, let’s just say that Superman may be a lot closer in proximity to you, the reader, than you ever guessed.

I’ve seen a fair amount of chatter as to whether Stracynski is a good choice for the role or not. I wonder if he’s seen it too. His post begins with a strong “I’m one of you” defence.

One of my very earliest memories as a child is of watching one of the Superman cartoons created by Max Fleischer. In particular, a scene where Superman puts his cape around Lois Lane to protect her from an incoming tide of molten metal. I imprinted on that image like a baby duck, and a lot of what I laughingly call my personality was formed in that moment (which is why a cel-recreation of that image is one of the first things you see upon entering my home, before you get to the row of wall after wall covered with artwork by Alex Ross, Curt Swan and others, as well as just about every bit of Superman memorabilia ever produced).

I think he’s a good choice. He must be a comic book fan. He is a good writer. He knows how to mix the high action with the grim and gritty. He knows when grim and gritty is right and when it’s wrong.

Of course; people will also say “he knows about TV”. You have to wonder whether DC have an eye out on the struggling Superman TV and cinema franchise. It’s not an easy film to make. Audiences demand more than a flying man these days and Wonder Woman will probably be a tougher challenge.

I’m optimistic about this news. I think it’ll carry both characters in the right direction. 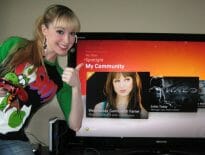