You are here: Home / TV / Game of Thrones: fan theories that have gone the distance

Like it or not, the sense that GoT is building to a crescendo as it nears its final few seasons is growing pretty much by the episode these days. We’re now officially ahead of where the books ever took us up to, and so there’s something of a teetering inevitability to the idea that the end might well be nigh before too long.

As you’ll no doubt have witnessed already, that creates an ideal Petri dish for fan theories about how it’s all going to wrap up as it winds to a close. The die-hards tend to judge these theories according to ‘hype level’, or in other words, by the predicted popularity and likelihood of each potential outcome. Here are some of the higher-ranking theories collated by Vouchercloud, which for better or worse, are still making the cut at this (presumably) late stage in the, er, game…

The theory that Jon Snow will be turned into a White Walker remains commonplace, largely because it would serve as a pretty juicy revenge for Jon being double-crossed by the Nights Watch: it would likely mean him leading the army of the dead to conquer all of Westeros, and wiping out his betrayers in the process. As well as being a satisfyingly epic conclusion, this outcome would also pack a solution for multiple character loose-end problems, as everyone would be technically still alive, and yet…y’know, dead. Handy.

One hugely popular school of thought holds that Jon Snow is in fact the result of a courtship between Rhaegar Targaryen and Lyanna Stark – in fact, this one has long been so popular that it’s now been teased through on-set photos, hinted at in interviews and championed by fans almost to the point where it’s made the jump from theory to accepted truth. If it does indeed prove accurate, then it would mean Jon is of course a Targaryen in reality, and therefore a true heir to the Iron Throne. Very tempting, right?

As a follow-on from the theory above, it’s also worth noting that the family tree of House Targaryen reveals a bit of a thing for that lot marrying each other – and, if Rhaegar does turn out to be Jon Snow’s old man, then of course Daenerys will technically be his aunt. Generally seen as something of a major barrier to nuptial bliss in our realm, this would barely register as a cause for objection in the cosy old GoT universe, where it may well instead be seen as a somewhat comforting plot twist after the all the hundreds of gallons of onscreen bloodshed we’ve witnessed thus far. 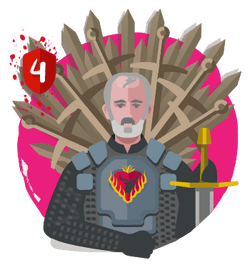 Ok, so various writers have flat out stated that Stannis has indeed bought the farm already, but such is his standing as a character of spirit and virtue among a number of fans that it seems they’re just not quite willing to let go yet. So, if it turns out Brienne ultimately stuck to her duties as a kingsguard and Stannis is somehow set for a sort of dramatic future resurgence, what can we expect? Well, for starters, we know he’s always ready to place the good of the realm above his own personal motivations – not many would sanction the burning of their own daughter, no matter how much the political heat was cranked up – so perhaps we might see him bouncing back even higher from his recent defeats at Kings Landing and Winterfell, and staking a claim for the Iron Throne himself (while claiming a suitable bride in the process, naturally. Wonder if Brienne might be up for it? Probably not.).

#5 Game of Thrones follows a passage in the Bible

Certainly one of the more ornate and convoluted fan theories doing the rounds, this has nevertheless been a fairly persistent one since the early days. Much is made of George RR Martin’s willingness to take sizeable chunks of inspiration directly from Norse mythology, but it’s equally apparent that he’s also cast an eye over some of the juicer episodes in The Good Book on more than one occasion – in particular, the Book of Revelation (specifically 12-19) if often noted as reading like one long analogy for the overarching GoT plot. Following this idea through to its logical conclusion would seem to steer us in the direction of Aegon Targaryen having survived the destruction of the Targaryens – leaving the door open for him (or at least an Aegon lookalike) to make a triumphant return to Westeros and conquering it to restore the House. As the detailed Reddit thread espousing this theory would have it, Daenerys then returns and more or less wrecks the whole deal for everyone, before Jon makes his final dramatic entrance as a White Walker and…well, see the first entry in this list for more on that one.

If Meera Reed is indeed Jon Snow’s sister, as various rumours and rumblings have insisted for ages now, then presumably this means that the aforementioned R+L=J theory could be somewhere in the right ballpark…only Jon wasn’t the only resultant offspring of the union, and in fact he has a twin sis. It’s one of the longer-standing claims in certain corners of the fanbase, and it’s hung around long enough to have earned equal parts credibility and ridicule – in its defence, we’ll just say that the two characters are portrayed by not entirely dissimilar-looking actors onscreen, and it’s clearly stated in the books that both are the same age. We’ll leave you to decide where you stand on that one, but this rumour shows no signs of going away any time soon.

Most people expect some form of brutal retributions to come from Cersei Lannister, in payback for the taking of Kings Landing by the High Sparrow (and, of course, Cersei’s subsequent humiliation at the hands of his religious zealots). Among the most commonly cited scenarios, the much-hyped ‘CleangeBowl’ outcome – in which Cersei calls upon the services of a reanimated Cleange ‘The Mountain’ Clegane for a trial by combat against Sandor ‘The Hound’ Clegane – would surely be one of the most entertaining to watch. We’ve already heard several apparent teasers from newer cast members about the imminent return of a much-loved character, which has only fuelled the long-burning Reddit fires over this CleangeBowl theory, so get yourself over to the highly detailed thread on this one if you’re positioning yourself as a fan of the epic fisticuffs.

Game of Thrones: fan theories that have gone the distance 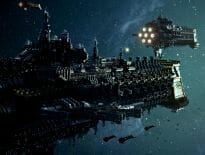 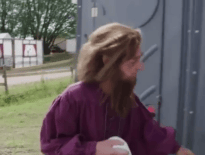