You are here: Home / Books / Magic is banned: A review of the Relic Guild 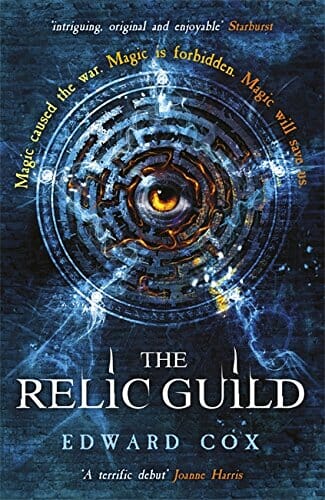 The Relic Guild is the first novel from Edward Cox for a fantasy series where magic started an awful war, is now banned but is needed to save us.

The original pecking order seems to go Thaumaturgists at the top, to Aelfir and then to humankind. The Aelfir Houses rule countless realms. The Labyrinth, home to a million humans, sits as the centre of the dimensional network. Then the Thaumaturgists went to war with one and other.

The Labyrinth was sealed off to break the connection between the Aelfir, who had divided themselves between different Thaumaturgists. The Relic Guild picks up some time later. The humans in the Labyrinth are fine, living in a town protected by huge walls from the actual maze of the Labyrinth and solely dependent on the last working Portal, which only works in one direction, as donations of food and supplies come in from the Aelfir.

The drama picks up very quickly as we soon discover which characters we’re following are going to die, which ones are likely to be the villains and which ones are former members of the disbanded Relic Guild. The status quo in the Labyrinth, so important in maintaining the peace across countless worlds that was so hard fought for, comes under attack.

I find it hard to describe Cox’s writing. It’s certainly not purple prose and isn’t overloaded with unnecessary descriptions. Equally, it’s not blunt and brutal. He manages to conjure up descriptions of people and places in a style that seems appropriate for a once thriving city now locked away by important magic gates.

The characters are interesting because we’re not dealing with three-colour high fantasy heroes here. The good guys are flawed and make mistakes. The villains are horribly evil and yet feel entirely possible.

The only time I started to drift with the Relic Guild was when we started to deal with the Aelfir. This happens when some of the new characters begin to encounter the Aelfir for the first time. I suspect the scale of things is supposed to be hard to fathom, the magic, the epic connections. It left characters and myself reeling. My main concern was that a more traditional high fantasy plot was bubbled away just under the skin of the far more original Relic Guild story line. If it’s there then it doesn’t burst through in this book and I’m yet to read the sequel The Cathedral of Known Things.

A sign that a setting is a good one, I think, is when you begin to speculate whether it would work as an RPG setting. That’s exactly what I started to do with the Relic Guild. Cox has created a world with an interesting history and a future ripe with possibilities. There’s a careful balance of power and the plot supports multiple characters even if there are some aspirational positions for them.

Fantasy fans, especially those who like a touch of darkness in their fiction, should give the Relic Guild a go.

My copy of The Relic Guild was provided for review.

Magic is banned: A review of the Relic Guild 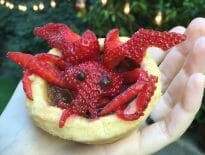 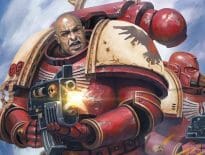